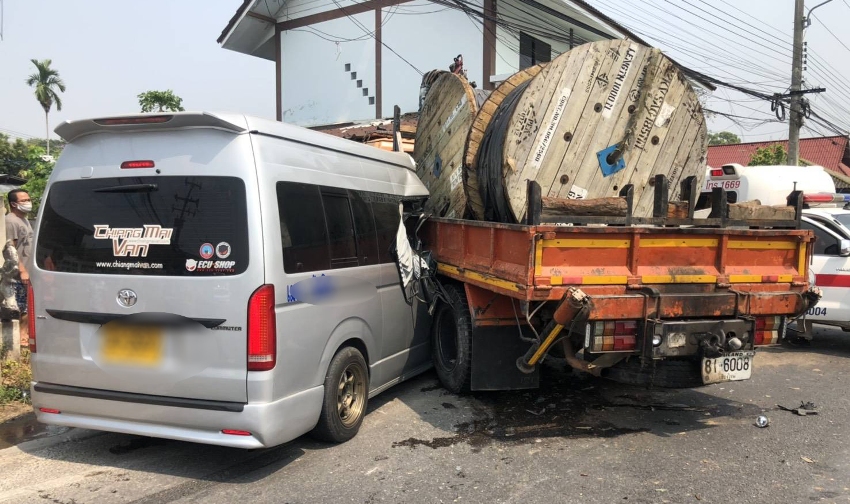 A passenger van driver in northern Thailand has died and another injured after their van crashed into a freight truck in Chiang Mai. The accident happened on the Chiang Mai Highway 107 near the 23-kilometer 1:30 p.m. yesterday.

Photos from the Accident Scene in Chiang Mai Distraught Mother Threatens to Throw Her Daughter off Bridge

Farmer Trampled to Death By Elephant in Chiang Mai Province