Over 400 Schools Closed in Bangkok Due to Dangerous PM2.5 Levels
Advertisement 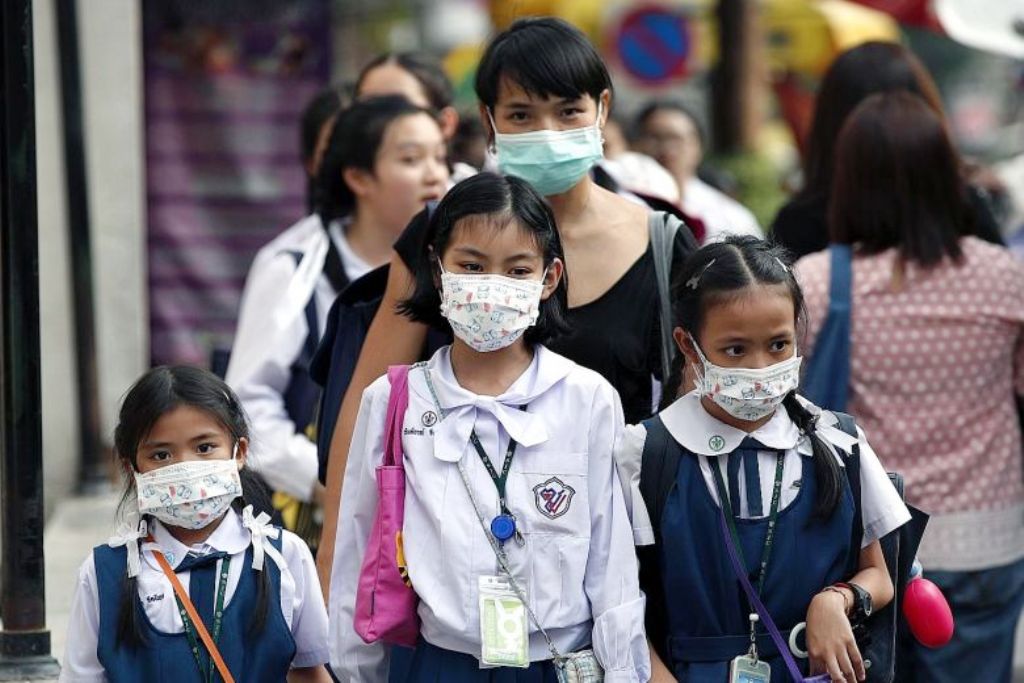 Bangkok’s Metropolitan Administration (BMA) has ordered 437 schools to be closed as air pollution has hit dangerous pM2.5 levels. However parents are demanding drastic action against smog in Bangkok.

“It is good that we students don’t have to walk to school and breathe polluted air. But I don’t want the school to stay closed for too long because the lessons will be missed,” a student told the Bangkok Post.

She said the pollution has been irritating her eyes, but does not know if the one-day closure will clear the air. But she did hope that staying at home would give some rest to her eyes.

Pollution in Bangkok has been getting worse since early this month. Unsafe PM2.5 levels were on Tuesday detected in 50 of 52 areas in greater Bangkok. Ranging from 55 to 89 micrograms per cubic meter of air (µg/m3), exceeding the government-set “safe” threshold of 50µg/m3.

Saint Dominic — an all boys school located in an area, where dust particles in the air have been very high — announced early on Tuesday that it will be closed from today until Friday.

Patt Preechapanich, the parent of a St Dominic student, commended the school for its decision, saying her son has developed a rash and nasal congestion from the pollution and cannot practise football.

“But school closures will only solve the problem partially. We need to see if the government will take more meaningful measures,” she told the Bangkok Post over the phone.

However, since not all schools in Bangkok are closing, many students will still have to inhale bad air.

Dawee Chaikere, a TV journalist and mother of three, said her two young boys still have to attend school. Furthermore their only protection is for them to wear masks.

“But my boys can’t wear masks for too long and pull them off after a while,” she said.

Face masks for children not a solution

Kanokporn Natee, the mother of an eight-year-old student at Bangkok Christian College, an all-boys school on Sathon Road, said that even though the school is not closing, she is confident the children are well taken care of.

“The school has a system of ensuring that students wear masks at all times and that all activities are held indoors. The school has also been spraying water to keep dust levels down and is planting trees,” she said.

While many students are delighted with the option of staying home, parents are asking if the decision to close schools is good for their children’s education.

Sophavadee Sankosik, the mother of a 13-year-old girl, also asked if closing schools will really solve the problem.

“The question is: what will we do if the pollution is prolonged for another month? Will we close schools every time the PM2.5 levels exceed safe limits?” she asked.

She said the government should impose long-term measures that solve the problems.  Imposing short-term measures such as closing schools every time pollution exceeds safe limits isn’t the answer.

She added that she was waiting for the government to take proper action. Such as banning polluting cars.

“Citizens are waiting for direction and they are ready to cooperate. But what we are lacking is leadership, she said. We are waiting for a leader who dares to make tough decisions, which might upset some.

However is good for health and the environment in the long term,” she said.