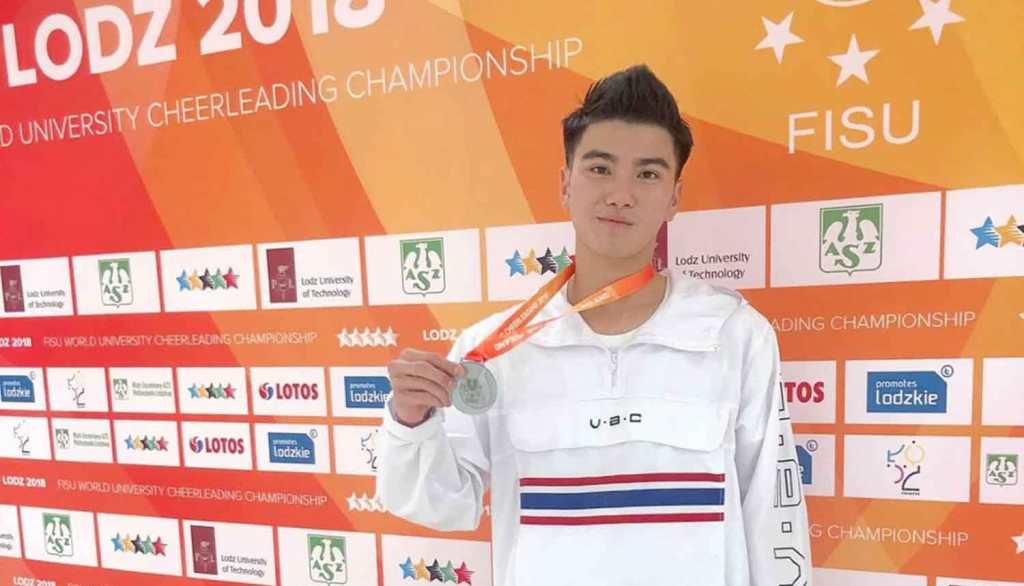 Police in northeastern Thailand have summonsed three men for allegedly assaulting a world renowned dancer in Buriram. The victim is also a silver metal at the international cheerleading championship in Poland.

Police planned to charge the 2 men with severely injuring Nopparat Boonrat, 23, at a restaurant in Buriram last Wednesday night.

Police said that two of the 3 suspects had just been released from jail after committing drug offences.

The victim is a student at the University of the Thai Chamber of Commerce and was the first runner-up in the Hip Hop Doubles competition at FISU World University Cheerleading Championship in Poland in 2018. He also performs dance routines for famous singers because he’s recognized as a world renowned dancer.

A group of about five men reportedly attacked Nopparat as he was eating at the restaurant with his elder brother. He was kicked, punched and repeatedly hit in the head with bottles and a chair. He also suffered a severe head injury.

Nopparat was admitted to Buriram Hospital, where he was awaiting brain scans. He was able to speak and eat but was suffering from a severe headache.

On Saturday, his mother Kanchana Puwonpa, 40, in tears said that Mr Nopparat returned from Bangkok to visit his family and she did not know why he was assaulted by strangers.

She said she was worried that her son may not be able to dance again.

Returnee Jumps to her Death

A Thai woman who recently returned from South Korea plunged to her death from her room at a Alternative State Quarantine (ASQ) Hotel in Bangkok on Sunday afternoon.

Bangkok Police were informed of the death at about 2pm. Pol Col Wichai Narong said that the woman’s room was on the seventh floor of the Patra Hotel a alternative state quarantine hotel. Her body landed on the second-floor balcony.

The woman, 51, departed South Korea for Thailand on a repatriation flight from South Korea at 11.10pm on Thursday. She checked in at the hotel at 1.52am on the same night for a 14-day quarantine. Consequently her first test for Covid-19 was negative.

The woman was identified only as Ms Surarak. Police also found a short letter she left in her hotel room describing tension over many personal and financial problems.