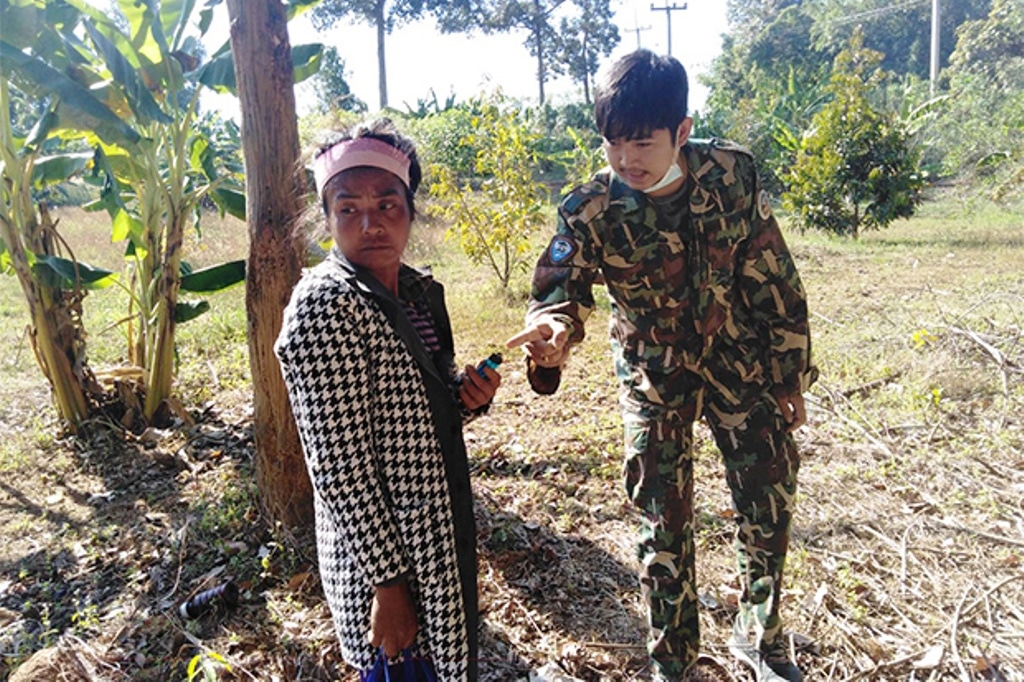 National Park officials have detained a woman from Myanmar for setting a fire that burned down part of a forest in the Khao Laem National Park in in Kanchanaburi, Thailand.

The chief of the Khao Laem National Park, Tewin Meesap said that at about 3pm park officials noticed billows of smoke over a spot by Highway 323. When the officials located the source, they saw a woman running out of the forest in a suspicious manner.

The officials detained her for questioning. The woman, a Myanmar national identified only as Ms Lone, 41, admitted she set a fire to cook instant noodles. She said a sudden gust of wind caused to flames to spread, igniting the forest.

Not knowing what to do, she ran out of the forest only and was caught by the officials.

Mr Tewin said the fire was brought under control after it had burned about 4 Rai of the forest area. The woman was handed over to local police for legal action. It was this year’s first arrest in connection with a forest fire, he said.

Khao Laem is one of the five national parks that were proclaimed to honor the 60th anniversary of His Majesty King Bhumipol Adulyadej on December 5, 1987.

The landscape of the park is steeply limestone mountain running on north-south axis. It is the water source of Kwai Noi river and other important rivers. The area has tropical climate influenced by southern and Andaman Sea winds and has three distinct seasons; rains from June to October (heavy rains in July and August); the winter from November to January with lowest temperature at 10 C and; the summer from February to May with highest temperature at 38 C in April.