Expats Coming Together in Chiang Mai to Help Fellow Expats 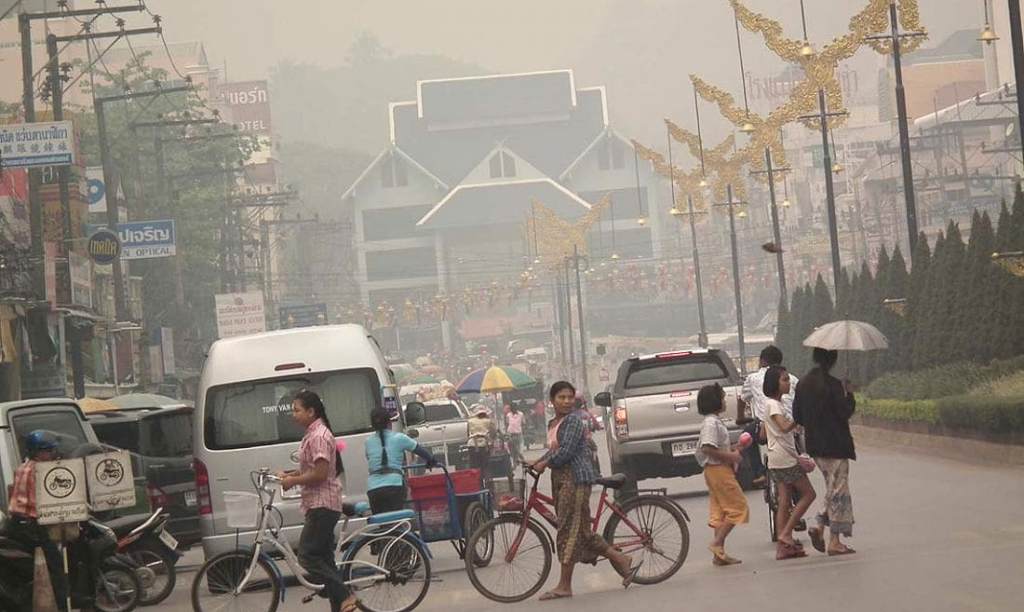 Thick, unhealthy haze continues to plague much of the North, with reports that Mae Sai district of Chiang Rai is now being effected. PM2.5 levels there exceeded the set safe threshold of 50 micrograms per cubic meter of air over the past 24 hours.

The Pollution Control Dept on Tuesday reported unsafe PM2.5 levels at many stations it operates in the North.

The worst haze is in the Muang and Mae Mo districts of Lampang province, the department reported.

In other provinces, the department reported unsafe smog levels in Nakhon Ratchasima province. This week sugarcane farmers defied a burning ban and set fire to there crops. The set the crops on fire at night to avoid the authorities.

People should work from home

Public Health Minister Anutin Charnvirakul has said employees of private companies should work from home. Saying that this would maybe help reduce the PM2.5 haze.

Mr Anutin, posted the idea on Facebook, saying he would like to see the private sector put this into practice.

For example, he said, a company may start doing this by allowing its staff to work from home on a selected day. By doing so, the company can cut its operating costs while the employees can reduce the use of their cars. This would help them save on transportation costs and also help reduce the PM2.5 problem.

For private companies, working from home is fine, but for the government sector, this may go against regulations. It may take some time to amend them before state agencies can adopt the practice, said Mr Anutin.

The minister said he would discuss the matter with parties in the coalition government to see what can be done. Persuading the government sector to allow their officials to work from home as well.

He also said the Transport Ministry is also thinking about preparing parking areas at all around the capital. Above all so people can park their cars before taking public transport. Parking there cars and taking public transit would also help reduce the PM2.5 haze problem.