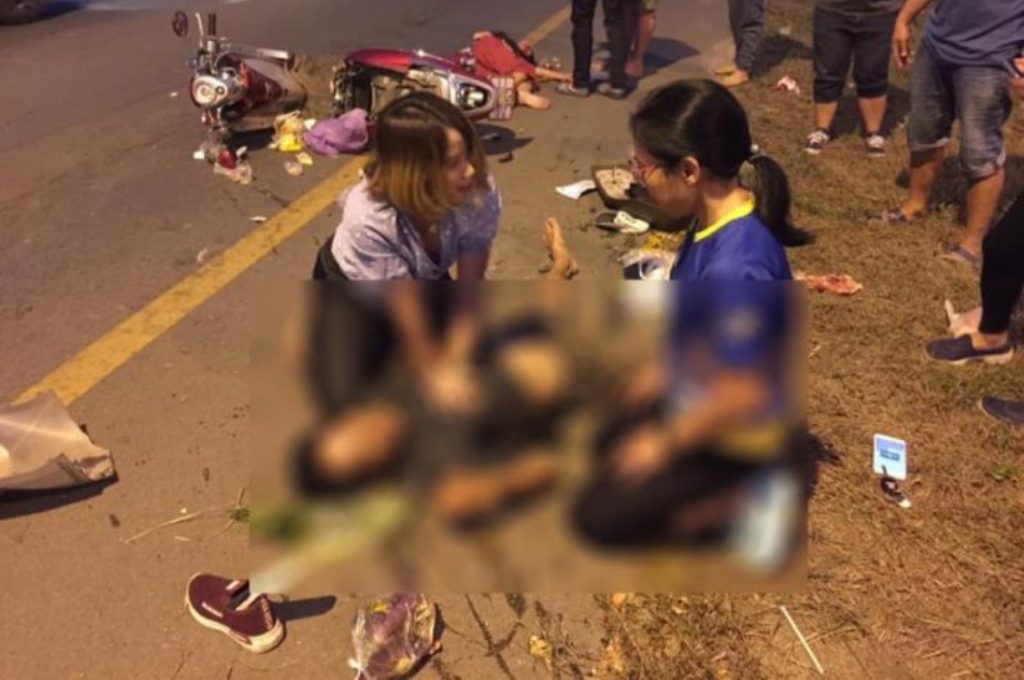 One person has died and another person seriously injured in a hit and run involving a motorcycle in Chiang Mai.
The accident happened on Kwan Wiang, San Phak Wan at around 6:30 a.m.

A husband and wife were returning from a local market when they were struck by an unknown vehicle.

Police said there were no witnesses to the accident and believed the couple were been hit from behind. They are investigating including and studying CCTV footage to trace the vehicle involved.

Also on the same day a 68 year-old woman was struck and killed also in a hit and run in Chom Thong, Chiang Mai.

The accident occurred on Chiang Mai’s Chom Thong Road (Highway 108) near the Nana Charoen Market at around 7 p.m.

Mrs. Supanne, known as “Aunt Moy,” was walking back from a local market when she was struck from behind by a Toyota pickup truck. The pickup truck did not stop at the scene and instead drove away despite there being witnesses.

Police are now hunting for the driver of the pickup with Chiang Mai number plates ending with 9851.

Meanwhile, also on Jan 6th, a 15-year-old died after riding a motorcycle into a roadside sign.

The teen rode his Honda MSX motorcycle directly into a road sign, around 1:30 a.m in Ban Klang of Chiang Mai.

Police believe that the teen was likely riding the motorcycle at high speed. Given the road was dark he couldn’t see where he was going.  He was taken to San Pa Tong Hospital, where he later succumbed to his injuries.