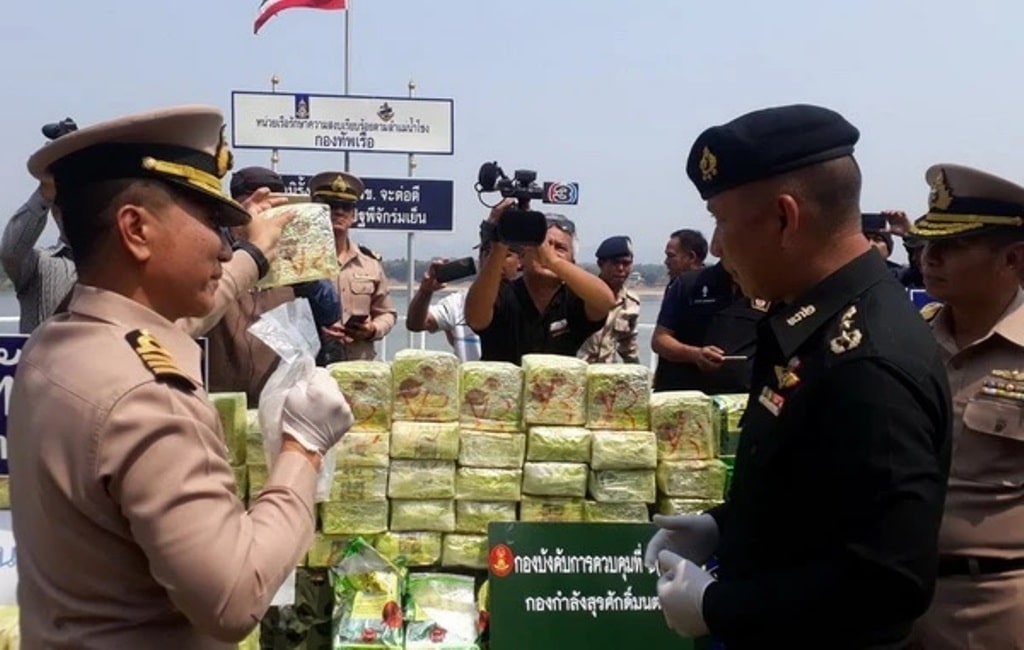 Army Rangers and police seized 21 kilograms of crystal meth, worth about US$645,000.00, on the bank of the Mekong River in the early hours of Wednesday.

Around 3am, a long-tail boat pulled up to the river bank and the driver tossed a sack onto the sand. As the police and soldiers moved in on the boat it sped off, leaving the sack of crystal meth behind.

Senior military officers and police announced and displayed the seizure at a media briefing on Wednesday. They valued the haul at more than US$645,000.00 approximately 20 million baht.

The action followed an investigation by narcotics suppression police into a drug network run by Long Sae Lee. Mr Long fled Thailand to a neighboring country after a warrant was issued for his arrest, Thai Media reported.

Narcotics suppression police investigators said they learned that a shipment of drugs would be delivered from Chiang Kham district in northern Thailand’s Phayao province to an old warehouse in Pathum Thani.

About 8am, police began following a car and a black pickup truck, which went to the warehouse in Pathum Thani.