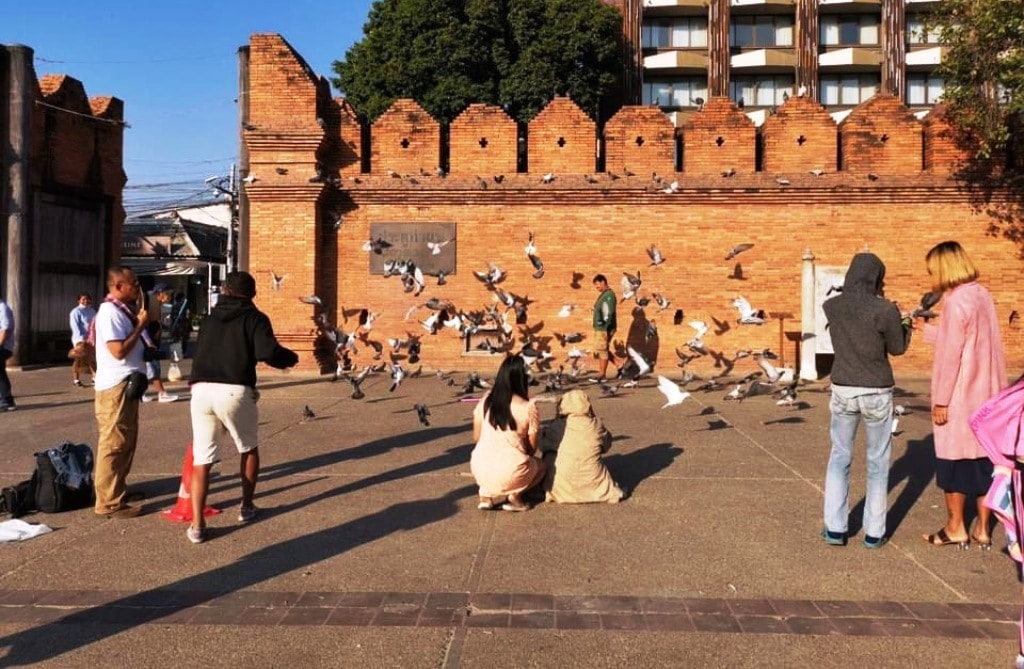 The City of Chiang Mai in Northern Thailand has alerted citizens about a group of scammers who have been working Tha Pae Gate. The alert comes following multiple complaints that a gang of unscrupulous people had been hassling tourists, scamming them for money.

Many tourists say that they are approached at Tha Pae Gate by people asking to take their pictures, they are then charged exorbitant prices for the photos. They are also pressured into buying expensive birds’ feed, CityNews reports.

Should they refuse they feel intimidated and often just pay to get away. According to many complaints, if tourists don’t pay for their photos then they find that they are unable to take nice photos of the gate for themselves. The gang will block their views with signs, traffic cones and even cordon off areas so that they can’t enter.

City officials say that since their regular inspection this behaviour has now ceased. They also ask citizens and tourists to be vigilant and to get in touch should they see such behaviour again.

Overcharging of tourists in Chiang Mai Meanwhile, there have been reports of multiple complaints about overcharging for somtam and other local delights at a number of restaurants which straddle and flank the Mae Sa river, along Mae Sa Valley, Mae Rim in Chiang Mai.

Officials arrived to inspect many restaurants to find that three restaurants had no alcohol licenses, yet they were all selling alcohol as well as illegal cigarettes. Officials also confirmed that prices were inflated for somtam often costing upwards of 150 baht per dish and chili dips 200 baht.

Restaurants in gross violations have had all licenses revoked, while those which have only overcharged have been warned and ordered to reduce their prices. Restaurants which had been selling illegal cigarettes were charged 15 times the amount of tax on those cigarettes as well as given a warning.

Authorities ask the public to inform them of any future infractions.