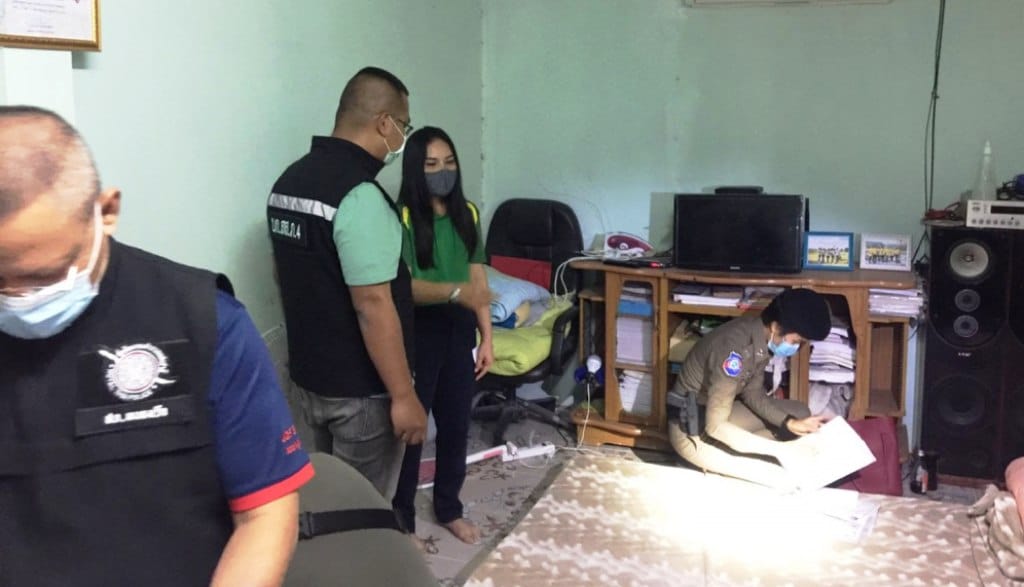 Authorities in northeastern Thailand have arrested 3 more teachers for allegedly cheating local residents over a subsidy scheme. The 3 teachers were apprehended during a search of her house in Khon Kaen’s Nong Rua district.

Before the arrest, 38 villagers from Ban Fang district’s Ban Non Kho village complained that Khru Fon, had offered them 200 baht each to claim handouts in the We Travel Together tourism stimulus package.

When the villagers tried to register for benefits under the Rao Chana (We Win) scheme — another welfare initiative — they found their identities had already been used to register for the Khon La Khrueng co-payment subsidy scheme. Pol Maj Gen Phumpong said the investigation found the IDs of the affected villagers were sent to Mr Phuphaphum, a main suspect in this case.

Pol Col Phopkorn Kawinyothin, chief of Nong Rua police station, said the three teachers were charged with colluding in ID theft for their own benefits and inputting distorted or false information into the computer system.

The arresting team seized some notepads detailing names of local residents who brought their ID cards to get 200 baht each from the three teachers, mobile phones with SIM cards and notebook computers and two bank accounts.

The three suspects admitted to the charges and gave useful information to police, said the Nong Rua police chief.

After interrogating them, the investigators would immediately take them to the Chum Phae Provincial Court, said the officer.