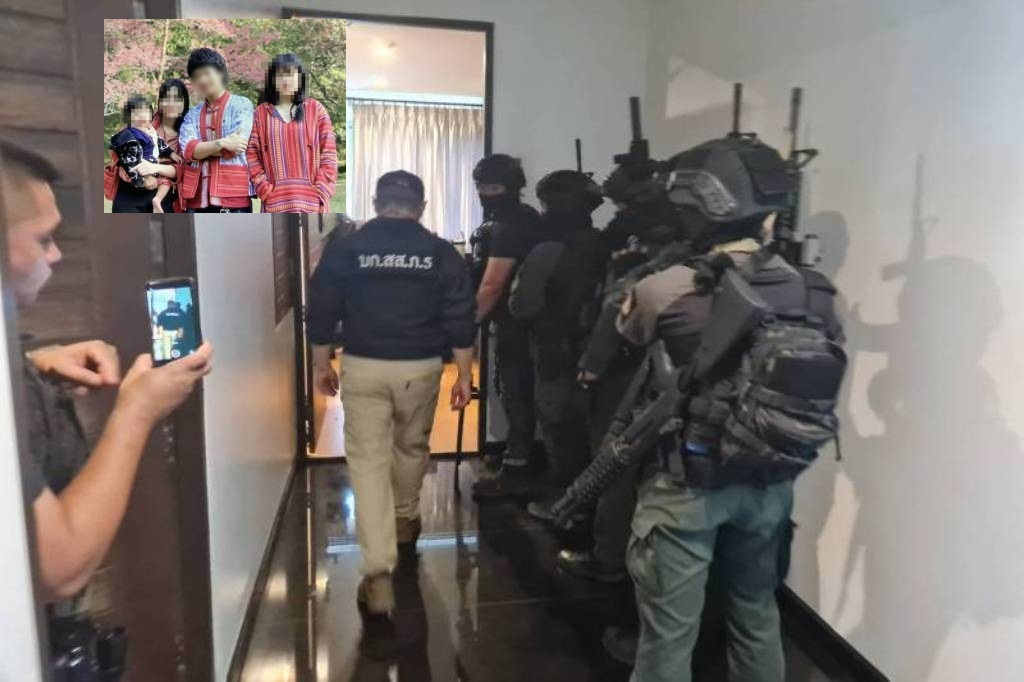 Police in northern Thailand’s Chiang Mai city discovered the bodies of three people in a luxury condominium, after a two day siege with police. Chiang Mai police were acting on a warrant  for Sumet Krongwon, 25 issued in Bangkok.

According to Bangkok Police after he sold a special plate to someone online, he would block the buyer. His online  vanity license plates cam saw more than 20 victims lose millions of baht.

Mr Sumet fled Bangkok with his girlfriend Miss Arnda Piyaraks, 18, who also had an arrest warrant out in her name.

Acting on information from the Bangkok Police, Chiang Mai police surrounded a luxury condominium were Mr Sumet was allegedly staying.

When Chiang Mai police arrived at the condominium the found Mr Sumet locked up inside with his girlfriend and Vichuda Siemsak, 23, his wife, along with their 3 year-old son. Police brought relatives of all three adults to the condominium in an attempt to negotiate their surrender. However all three refused to surrender to police. Mr Sumet finally agreed to allow his 3 year-old son to leave, after initially threatening to kill everyone.

Mr Sumet’s parents told police that he was a very stubborn man and they feared the worst. Soon after his sons release Sumet barricaded himself, his girlfriend and his wife in the room. All three told police and family members that they would rather die than surrender.

Police continued to guard the condominium, taking over the rooms flanking the room were held up in. In the early hours of the next morning 4 gunshots were then heard and then all communication ceased.

During daylight police checked the water meter and found that no water had been used since the previous night. It was then that police decided to breakdown the door of the apartment. Upon breaking in they found all 3 lying on a bed holding one other. All three were  dead from single gunshot wound to the head.

Police suspect Sumet shot both women before shooting himself. They also said that all three were willing to die and had told their relatives goodbye.

A good bye note from Sumet to his family telling them he loved them was left behind.