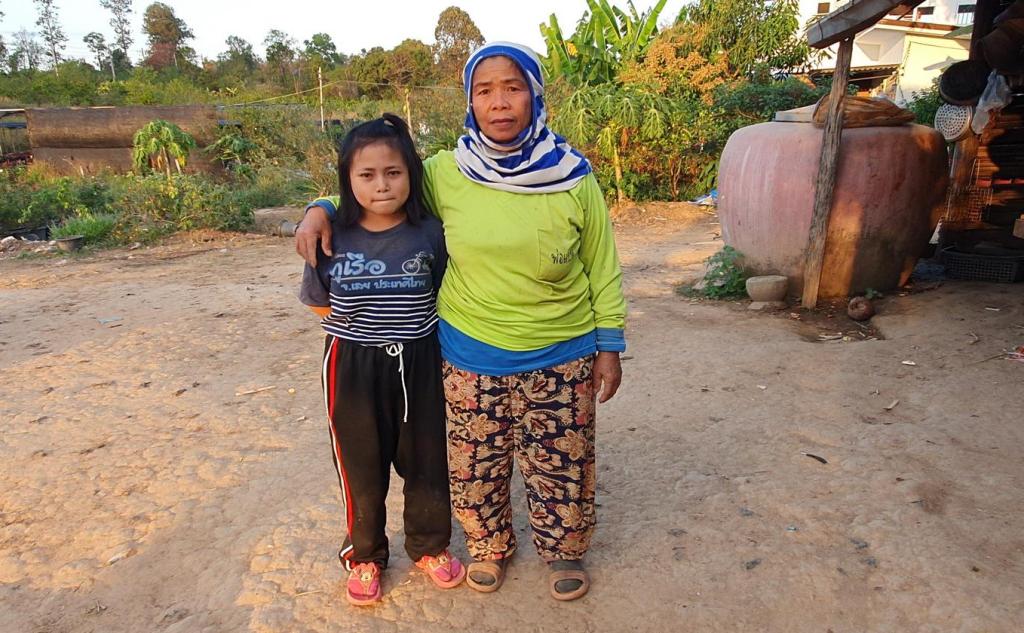 A young woman in Northeastern Thailand’s Loei Province has people stare at her no matter where she goes. The reason being is despite being a 19-year-old woman, she looks like she is an 8-year-old child.

A thai news team went to visit the girl and her family at their rose farm in Phu Reu District, Loei province. When the team arrived they met Kantima Wansiri 19, helping her mother Bunklai Wansiri 59 planting roses.

Kantima is currently 19 years old and only 120 centimeters(3 feet, 9 inches) tall. She Left school in grade 6, choosing to help her mother work in their rose farm.

Kantima is proud of who she is

She never thinks that she is less than anyone nor is she ashamed, she told Sanook. People stare at me no matter where I go she said.  But all who know her don’t ask why she is so tiny for her age.  Sometimes strangers will talk about how she is so small but she doesn’t get angry.

Kantima is proud of who she is and never looks down on herself as to why she is shorter than other adults.

She says she’s happy helping her mom out every day and her goal is to be a good person.

Bunklai her mother stated that she has 2 girls, the oldest is 30 years old and works Bangkok, while Kantima is her youngest. When she was 6-7 months pregnant with Kantima she was working and accidentally hit her baby bump.

The baby stopped moving and I really thought she was dead. Then at 7 months she gave birth to Kantima who weighed only 1,000 grams. She was so tiny Bunklai said. I fed Kantima mother milk and supplements that I could afford.

Kantima was never bullied in school, the teachers felt sorry for her so they let Kantima sit in front of the class. Bunklai decided to not continue Kantima’s education after grade 6 because she didn’t want Kantima to enter a new school and get bullied by other children.

She was afraid that Kantima would feel like she is less than others. Wherever Bunklai goes Kantima goes too, they are inseparable and and are like best friends, Bunklai says.