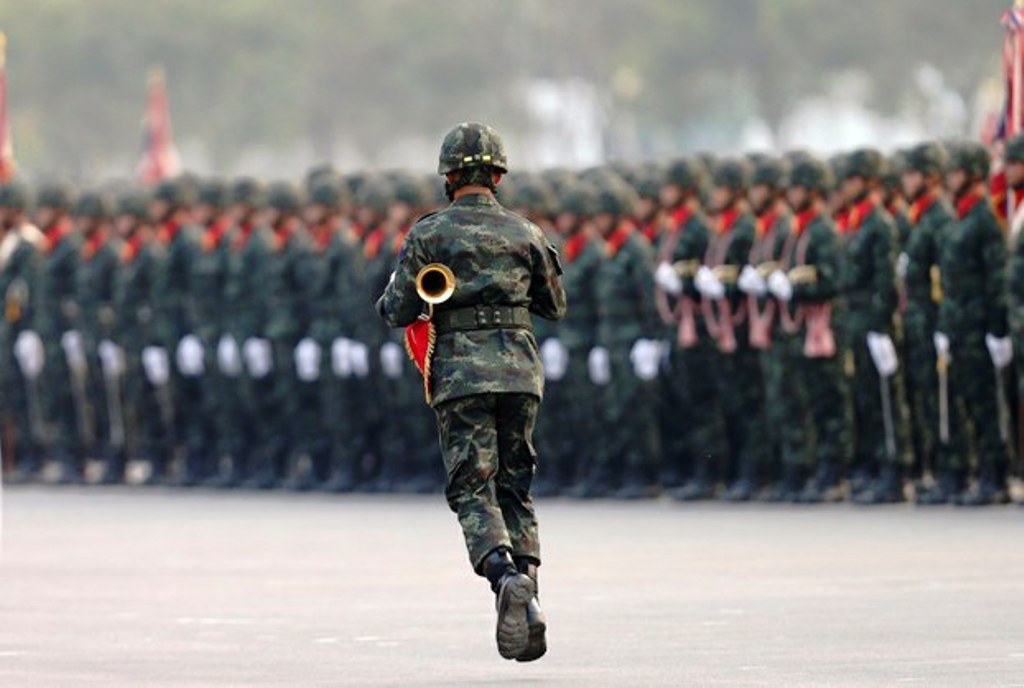 A couple in northeastern Thailand are pressing police for an investigation into the supposed hanging death of their son at an army camp in Khon Kaen last week. The army conscripts death was the second reported hanging involving an army conscript in less than a week.

On Nov 6, Pte Pitchawat Wiangnont was found dead in a bathroom at the 27th Military Circle in Roi Et. Pte Pitchawat’s parents called for an independent autopsy to be carried out amid army claims he hanged himself.

In the latest tragedy, Surachai Senasanit, 43, and his wife, Ulai Tuayma, 42, met Pol Lt Col Anuchit Phadungchart, chief of Yoi Sila police station in Muang district of Khon Kaen yesterday to ask about the death of their son, Pte Rachata Senasanit, 21. Pte Rachata was found hanged in a shed by a pond inside an army camp in the province on Nov 1.

Mr Surachai said his son had always wanted to be a soldier. He volunteered to join Thailand’s army and began basic training at the camp on Sept 1. The parents later picked him up at the camp and took him home at the start of a leave period on Oct 12. Ten days later, Pte Rachata returned to the barracks to resume his training.

On Nov 1, the army camp called the family to say Pte Rachata had been found dead, according to Mr Surachai who visited the morgue at a hospital in Khon Kaen, Thailand where his son’s body was taken.

Mr Surachai said Pte Rachata’s forehead and arms were bloodied. The loincloth police identified as having been used in the hanging also did not belong to his son, Mr Surachai added. “What I saw raises a great deal of suspicion. I want [the police] to investigate the cause of my son’s death for the sake of justice,” he said.

Mr Surachai said his son had a cheerful disposition and did not suffer from depression. On Oct 31, the day before Pte Rachata was found dead, Mr Surachai said he and his son were texting each other via the Line chat application.

He also said his son gave no indication he was planning suicide and that the army had sent his son’s body for autopsy without the family’s consent. – Bangkok Post