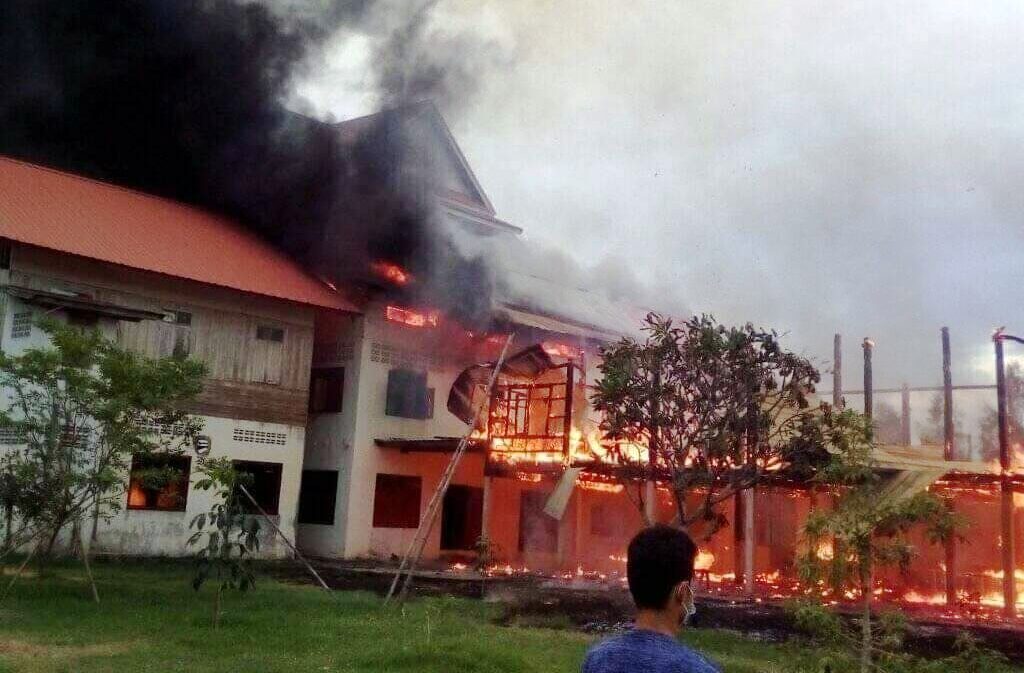 The fire started about 6.30am in a two-story wooden building with a kitchen on the ground floor and sleeping quarters upstairs, Pol Lt Col Chalong Ukha, a duty officer at Muang station, said.

The flames quickly spread to two adjacent wooden buildings for monks and novices.

Phra Maha Paithoon, the temple secretary, said about 20 monks had already left on their alms rounds. Only six monks and novices were at the temple when the fire started. They ran out to get help from nearby houses and made calls for fire engines.

About 10 fire crews quickly responded, but the blaze could not be finally put out until about two hours later. By then it had destroyed most of the three buildings. Damage was estimated at 10 million baht.

Nobody was hurt and the statue of Luang Pho Noen was not harmed. Police were investigating.

Meanwhile, a monk who won 18 million baht in the state lottery has donated a portion of the winnings to a temple as well as to those who needed money. He saved the rest to help people who may need it in the future.

The monk told Thai media that a lottery ticket seller came by the Wat Thinnakorn Nimit in Nonthaburi, just outside Bangkok, and said he needed help. He couldn’t sell all of the tickets and needed money. The monk borrowed some money from another monk at the temple and spent 1,500 baht on lottery tickets. The tickets had the 2-digit suffix numbers 04, 40, 47, 74 and 44.

When the numbers were announced, the monk checked the numbers on his tickets and saw that 3 tickets won 6 million baht each.