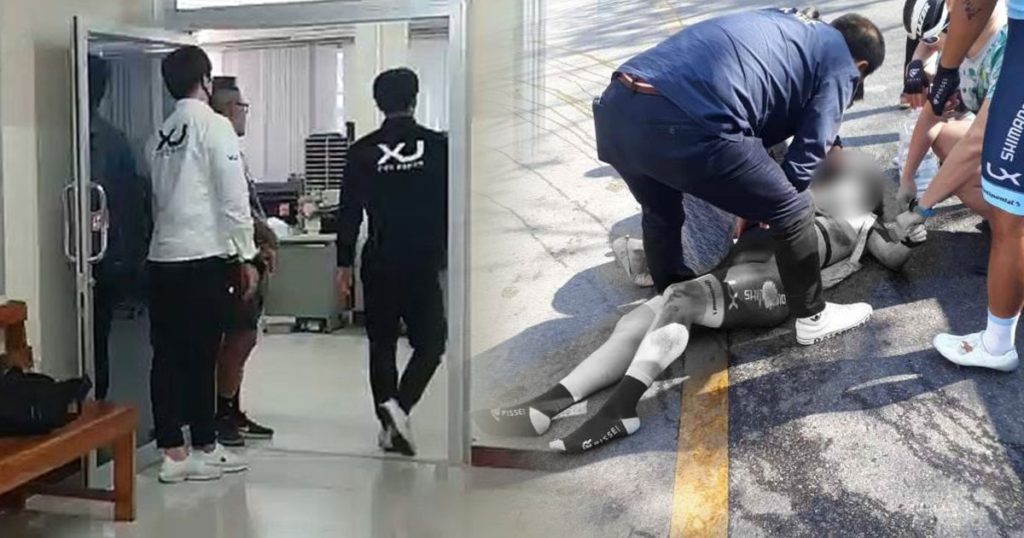 An 18 year-old cyclist from the Korea Cycling Federation was stuck and killed by a pickup truck during a training exercise in Chiang Mai, Thailand. South Korean cycling prospect Eom Se-beom was pronounced dead in an ambulance on his way to a hospital.

It’s believed that the vehicle drifted over the center line and crashed into Eom as he descended a slope. Eom was riding alone at the time. Though a vehicle carrying Eom’s coaches was trailing him, Eom was briefly out of their view on a curve when the accident occurred.

The police officer identified the pickup truck driver as Katanyu Kittitheerayan, 27, who stayed at the scene. A video clip was also posted on a Facebook showed rescue workers and other cyclists tried to help him.

Police have questioned witnesses, collected the evidence but say they have been unable to determine how the crash happened. They are asking drivers witnessing the accident to give them video clips recorded by their dash cams.

He also swept individual pursuit titles at a handful of national events in 2019. He was scheduled to receive the top rookie cyclist in the high school division at the annual Korea Cycling Federation Awards at a ceremony on Feb. 17.