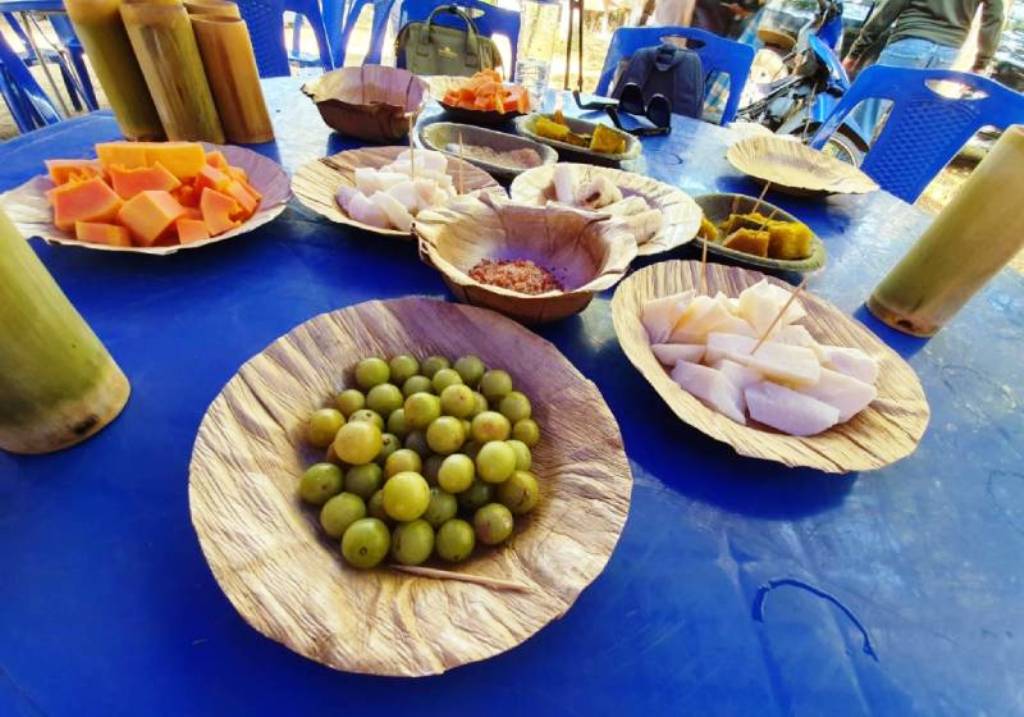 Sri Nan National Park in northern Thailand’s Nan province is the latest public attraction to go plastic free. The park is providing bamboo cups and other naturally derived utensils made by the local community.

Park staff worked with Chulalongkorn University and had the support of Thailand Science Research and Innovation. The project recruited craftspeople in Ban Wana Phrai, Ban Nongphum and Ban Nam Pi to make the utensils.

Sections of bamboo trunks along with bamboo sheath, leaves from banana and pluang trees were used. They were fashioned items that visitors can use instead of plastic-ware.

The people of Ban Wana Phrai can produce about 200 bamboo-sheath bowls a day at an average cost of Bt2 each, she said. However the capacity isn’t yet enough to meet visitor demand. Even more the cost is still twice what you pay in the market, she said.

Dr. Talerngsri said a secondary aim of the project is to get neighbouring farmers more involved in managing natural resources. Above all in their communities and in Sri Nan National Park.

The communities around the national park have abundant resources of their own to preserve. Even more the park will open up additional careers for them, she said.

Then by 2022 four other types of single-use plastics will also be banned. Lightweight plastic bags less than 36 microns thick; styrofoam food containers for takeaways; plastic cups and plastic straws – according to a road map approved by the Cabinet.

The Plastic Waste Management Road Map 2018-2030 also includes an ambitious plan for Thailand to use 100 per cent recycled plastic by 2027 in various forms, including turning waste into energy.

According to the Department of Environmental Quality Promotion, Thais generate as much as 1.14 kilogram of garbage per head per day. Contributing to the 27.04 million tonnes of plastic waste per year.

One person uses approximately eight plastic bags a day – or 500 million plastic bags per day for the whole nation.