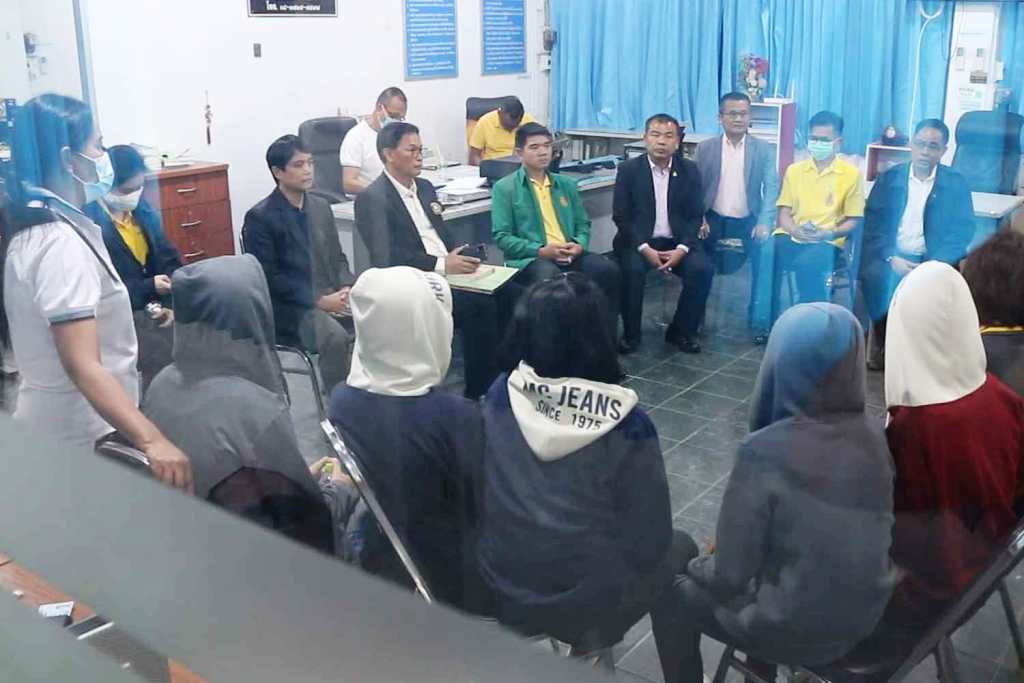 A school director in northeastern Thailand has had sexual assault claims filed against him by five female grade eight students. The five teenage girls are accusing him of sexually assaulting them.

Pawanamporn Thaewnon-ngiew, a Thai teacher at the School in Khon Kaen, said she took the five girls to the police station after they told her of the alleged sexual abuse.

Ms Pawanamporn said she had also met the girls’ parents to ascertain whether the teenagers would seek to press charges. The sexual assault charges were only proceeded after being told they would.

Ms Pawanamporn said it was not the first time she had heard such allegations against the director. Previously, girls in grades six, seven, eight and nine also reported being molested. The young girls were seduced with offers of money.

Khon Kaen police said the girls all said during questioning that the director had hugged and fondled them. They said he had also asked whether they needed money from him. He had also asked if they had boyfriends.

All the female students said they regarded his sexual advances and groping as being improper.

He also told officers there are CCTV cameras throughout the school so his actions can be seen on the footage.

Chana Summat, director of a centre to protect students’ safety under the Office of the Basic Education Commission, said the director has been transferred to an inactive post at the Khon Kaen Primary Educational Service Area Office. He will remain at the area office pending the results of a police investigation. Ninety two organisations have demanded the Education Ministry ramp up proactive measures to stamp out sexual abuse of schoolchildren. They also submitted a list of some 10,000 people who signed a petition via change.org supporting the call, according to The Thaiger.

The manager of the Women’s Wellbeing and Gender Justice Program says schools should be safe havens for children, and called on the Education Ministry not to stand idly by letting children and their parents seek justice on their own.

She says the ministry, must step up and file lawsuits against offending teachers, offer legal help to victims’ families and provide victims with protection and counseling.

“If teachers or education personnel are found guilty of sex crimes, the ministry must dish out severe punishment by sacking them and revoking their teaching licenses.”

She believes the ministry must also come up with aggressive measures to prevent such incidents in schools. Furthermore set up independent mechanisms employing experts to handle complaints. According to her, school directors and teachers must have guidelines on protecting children’s rights and gender equality.

After formally receiving the letter, the Education minister said he has set up a centre. Above all to help victims and protect other schoolchildren from further abuse. He said the network’s proposals will be used when drawing up future preventive measures.

“Rest assured. The Education Ministry will not let wrongdoers remain in education circles and ruin the reputation of other teachers and schools.” he said.