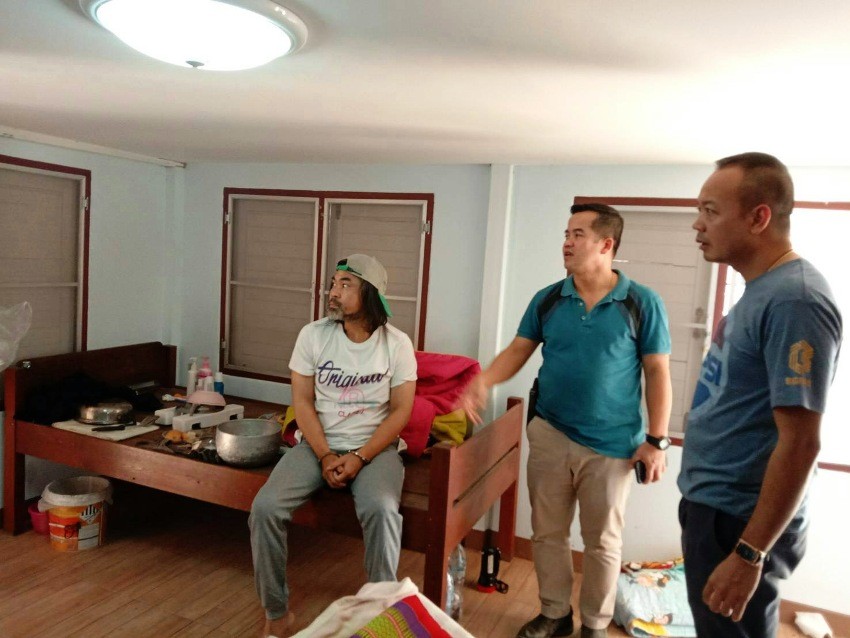 A former ex-cop who escaped a Chiang Mai hospital after being arrested for burglary,has been re-arrested. The ex-cop who was assaulted by homeowners, which lead to rescue workers taking him to hospital.

He then consequently escaped the Chiang Mai hospital in the early hours of the morning. His escape also caused panic among homeowners in Sanpatong area of Chiang Mai where he was at large. He has now been rearrested, City Life News reports.

According to Pol. Lt. Gen. Pichet Chiranantasin the accused burglar, is now back in custody awaiting trail. The suspect was found hiding in a guesthouse in the city. Furthermore he has been sent to police in Sanpatong Sub-district for further legal proceedings. His wife is also being sought by police for assisting in his escape.

Meanwhile, a 27-year-old Chiang Mai woman was arrested on allegations that she was selling sex toys.

The accused, Ms. Chiraphon Sinprasert was allegedly selling the sex toys and “sex pills” from a pharmacy.

She was discovered after marketing the sex toys by a Facebook. Advertising both the pills and toys as being available from her store.

Police found 51 male penis rings along with “penis sleeves” and other devices used in sexual acts as well as a range of “ladygra” pills. she was also found to not have a license to operate a pharmacy.

She was charged with selling pornographic items and selling medicine without registration.

Police in Chiang Mai have issued a warning after reports that a person pretending to be a police officer is attempting to solicit donations from massage shops in Suthep. The fake policeman claims to be raising money for police and presents a document from Police to collect money.

If money is not handed over, the fake policeman then threatens and intimidates shop owners.

Police told Chiang Mai One News that the police station has never authorized anyone to collect money on their behalf.

Chiang Mai School on Lock-Down Due to Possible Coronavirus Infection