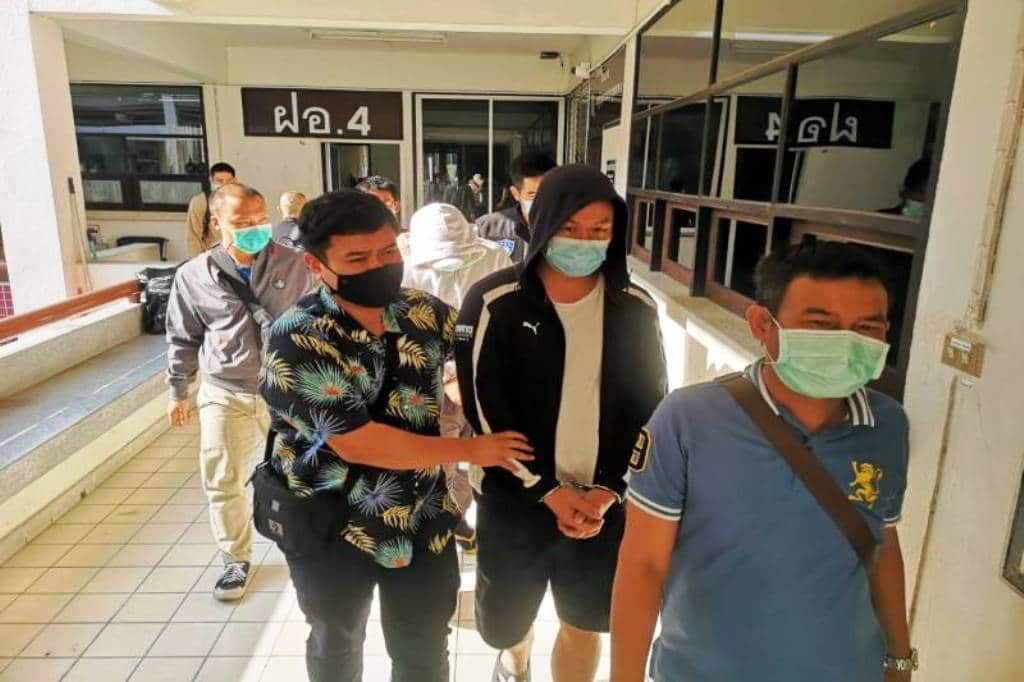 Police in northern Thailand have arrested 4 people, including a Taiwanese national for involvement in a mobile banking scam. The four caused financial damages of about 400,000 baht, according to Provincial Police Region 5.

The suspects were identified as Thai citizens Paochang sae Lu, Warawut Pameu and Pornsawan Praisihiew, and Taiwanese national Yu Chao Wei. The Taiwanese man allegedly had links to a call centre in Cambodia.

Their arrest followed an investigation by the Police Cyber Taskforce (PCT) that began last year. Authorities received complaints about suspicious SMS messages which appeared to have been sent by a commercial bank to several of its mobile banking customers.

The messages asked the victims for their 13-digit ID number and a one-time password (OTP) sent by the bank. The scammers would then use the information to access the victims’ account on a different device and transfer their money to their accounts.

According to Provincial Police, a total of 21 people lodged complaints with the police in several provinces, with losses estimated at about 400,000 baht.

Police arrested Mr Warawut and Mr Pornsawan after finding out they had withdrawn some of the cash that was siphoned, and the pair implicated Mr Yu and Mr Paochang, naming them as the gang’s leaders.

After collecting enough evidence and obtaining arrest warrants for Mr Yu and Mr Paochang on Jan 8, authorities moved in to take the suspects into custody. The pair were found in Mae Hong Son’s Pai district, police said.

Meanwhile, Police in Chiang Mai have arrested three men behind the Line group, “The hippy cookie”.

According to police, they were alerted to this application which accepted orders for marijuana cookies through the application.

Over the weekend they placed an order for five grams of marijuana, being quoted 3,500 baht, and told that the delivery would arrive via a Grab driver.

Upon the arrival of the unsuspecting driver, police told him to call the supplier and tell them that the order was to be returned. When the Grab driver went to return the order, police grabbed a man who came down from his building to accept it, following him up to his room where they arrested two other people.

Police say that they confiscate 46 items, including cookies, chocolates, and mushrooms.