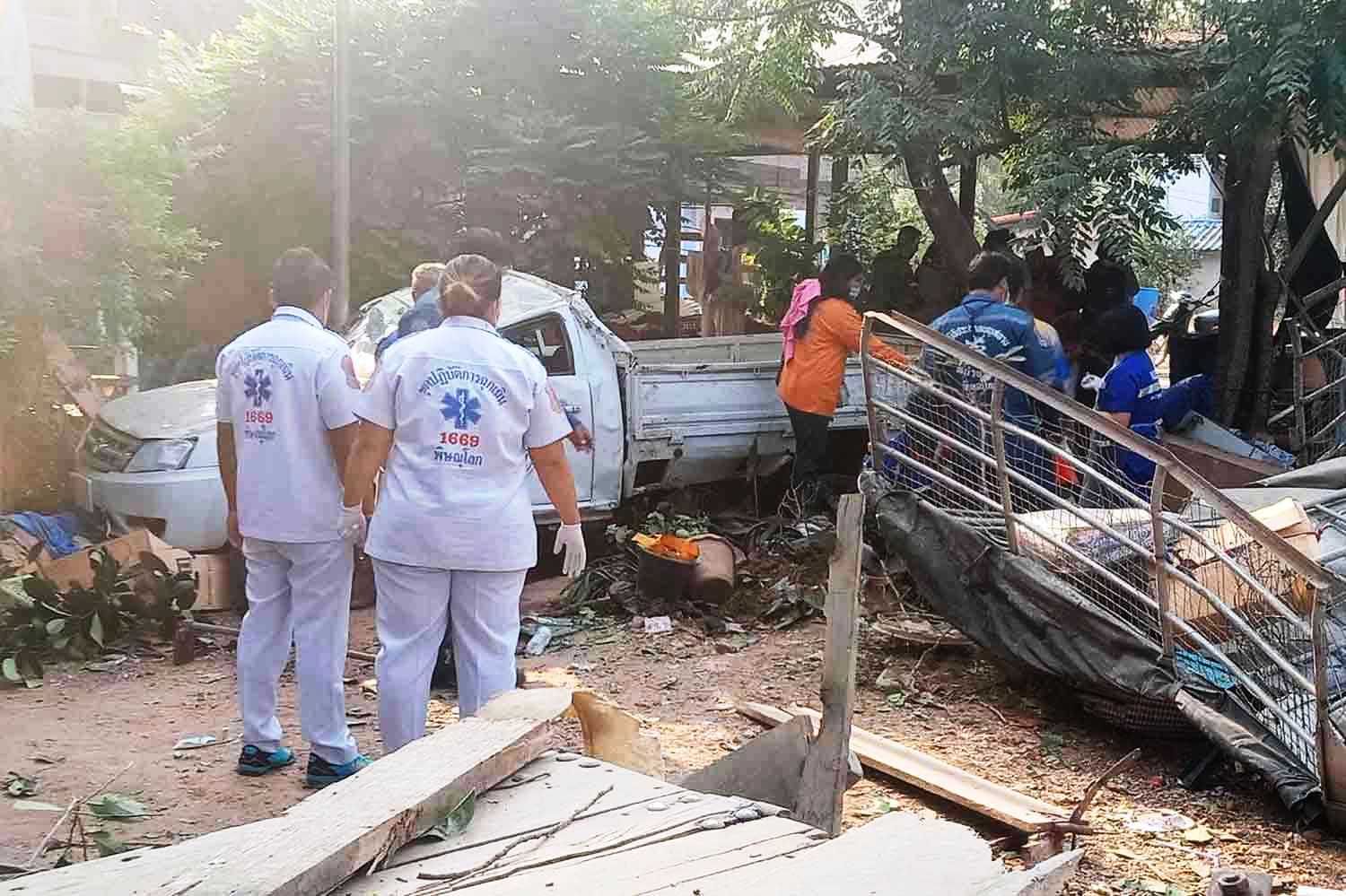 Five workers have been injured when the pickup they were travelling in crashed into a house in northern Thailand’s Phitsanulok Province on Wednesday morning.

The pickup ran off the Highway and crashed into a roadside house. The crash damaged the house and a farm truck parked in front of it.

Five Myanmar nationals, four men and one woman, were slightly injured. They were given first-aid by rescuers and then taken to Wat Bot Hospital. The Thai driver was not named by police. He too was not hurt.

The pickup was taking the workers from Lamphun to Khon Kaen province. Immigration officials in northern Thailand were checking to confirm if they entered the country legally. Local police are still investigating the cause of crash.

Yesterday a trailer truck loaded with gypsum crashed into nine vehicles at the scene of a previous accident, seriously injuring a traffic policeman in southern Thailand’s Surat Thani province on Tuesday morning.

The trailer truck eventually came to a halt inside a roadside shop selling car tires.

The traffic policeman suffered serious head injuries. Rescue workers performed CPR before he was rushed to a hospital. A lottery vendor was also injured and taken to hospital.

Surat Thani Police said there had already been another crash at the same place, involving motorcycles. Two people with minor injuries were being treated by rescue workers.

In the aftermath of the tragic accident two pickup trucks and seven motorcycles were damaged.

The Trailer truck driver Kittipong Thonchan, 26, was detained for questioning.

Mr Kittipong told police his brakes developed a problem. He was being held by Surat Thani police pending formal charges.