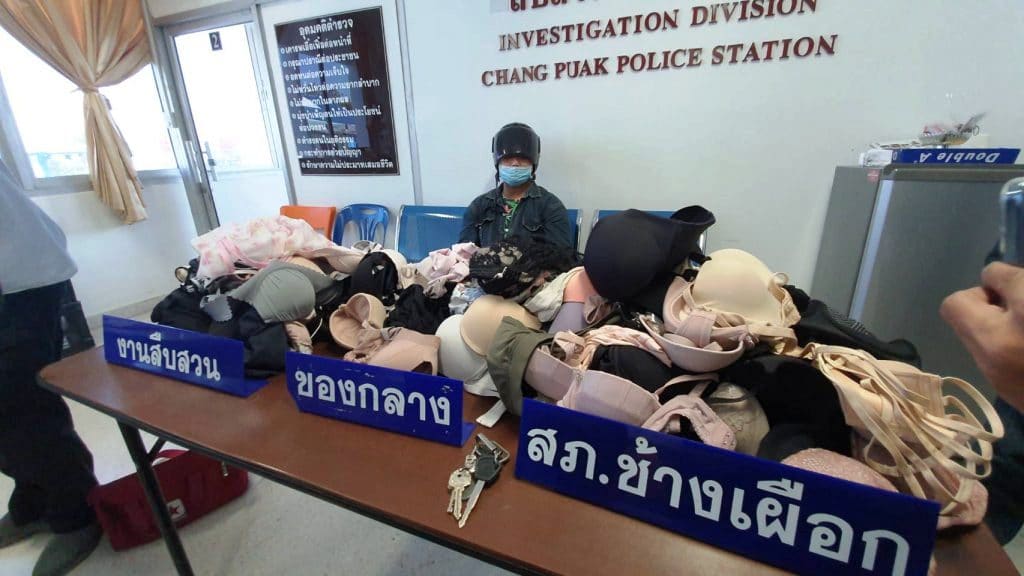 A pervert has been arrested in northern Thailand’s Chiang Mai city for allegedly stealing ladies underwear for more than 2 years. His arrest comes after a 29 year old woman reported to Chiang Mai police that her suitcase had been stolen while she was checking into a hotel in Chiang Mai.

Police followed CCTV footage of the theft to an apartment nearby where they entered the room of a 25 year old man from Fang. In his room police found the stolen suitcase, but also a pile of hundreds of ladies’ underwear.

The man confessed to the theft and said he had been collecting stolen ladies underwear for two years, usually from self-service laundromats.

He claims to admire the aesthetics of ladies underwear and denied using them for sexual gratification. When the man was tracked back to his apartment he was found to be in possession of ladies underwear. According to Chiang Mai police, he would drive around the city delivering food, and stop off at dormitories along the way.