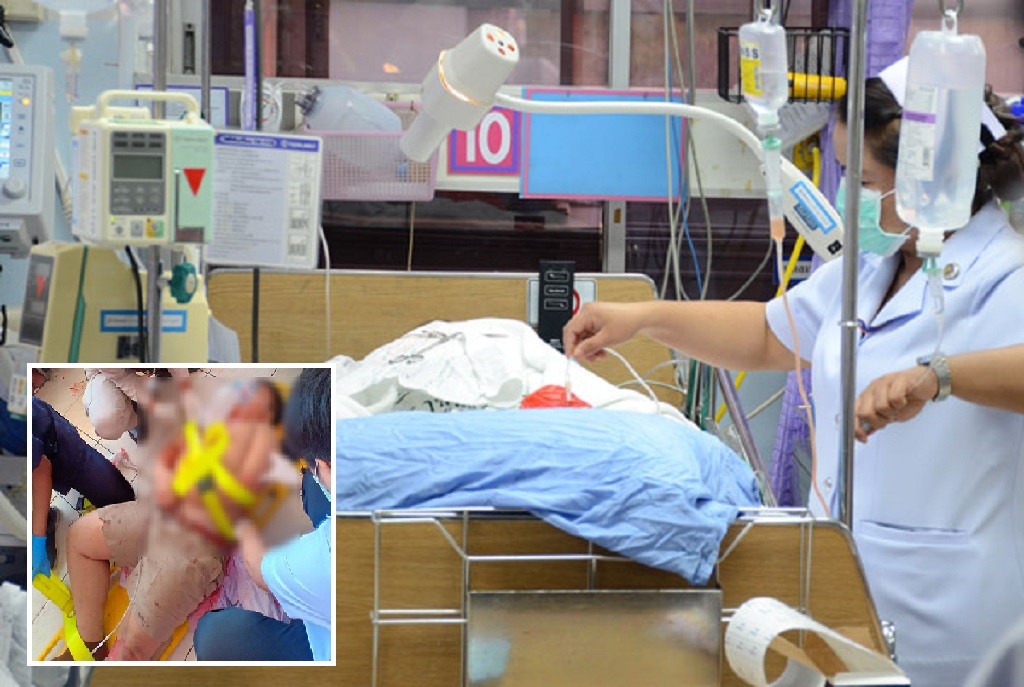 The parents of a 10 year-old boy shot by a grade 4 classmate in northeastern Thailand are saying the shooting was no accident. They claim the boy who brought his father’s handgun to school fired it deliberately.

The boys parents disputes a claim from the young boy that the handgun went off “accidentally.” They said that their son,(the victim) who was in the same class, told them that the boy was aggressive and a bully.

The parent however did say they believe the boy did not intend to hit and seriously wound their son.

Someone must be held responsible for the shooting incident they said. That person should be the boy’s father.

They said they did not want to put the blame on the boy or the school, but the father of the boy must answer for his carelessness. Being a soldier and leaving the weapon in a place where the boy could take it was highly irresponsible.

The incident happened at Sukhanaree School in Nakhon Ratchasima at about 10.15am on Friday. The incident took place during a merit-making activity for the New Year.

The parents told the Bangkok Post, the 10-year-old had been using his father’s pistol to intimidate another classmate he disliked. However the classmate immediately ran out, the boy fired the handgun and a bullet struck their son who was walking out of the classroom.

The parent said, the account was given by their son who is in intensive care at Maharat Nakhon Ratchasima Hospital. Doctors said the bullet entered the boy’s chest and pierced both lungs. The doctors also said despite being in intensive care his life is out of danger.

Meanwhile, the School administrators plans to meet with the parents of the fourth-graders on Monday. Above all to explain the incident and discuss measures to prevent a recurrence.

The parent said he had several questions to ask the father of the boy. They didn’t put the blame on the boy or the school, but the father must answer for his carelessness. Especially leaving the weapon in a place where the boy could take it.

They victims father also said that if the boy remained in the same classroom as his son, he would seek to transfer his son to another class.

If his demand was not met, he would move his son to another school, said the parent.

Mekong Water Level in Northeastern Thailand Drop to One Meter