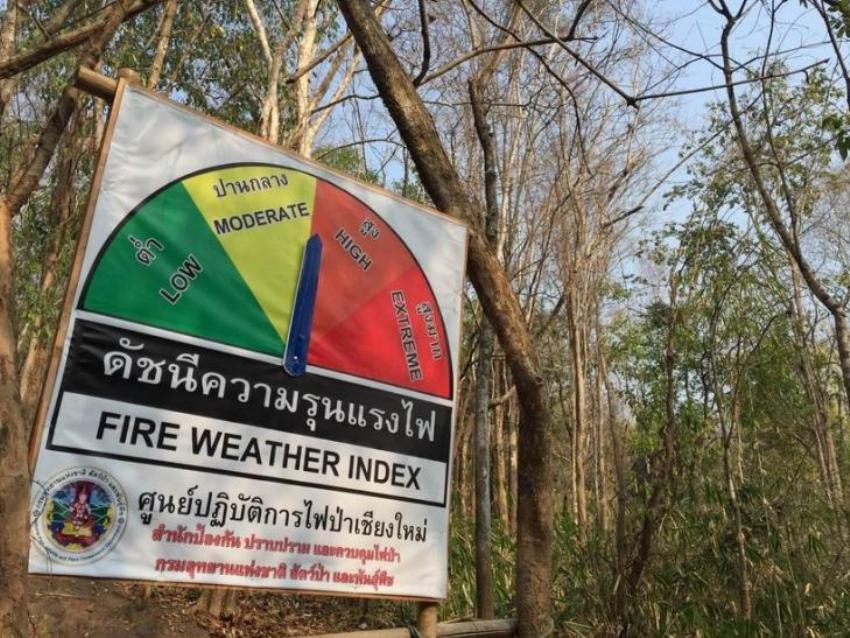 Monitoring stations recorded levels of particulate matter (PM2.5) dust above the government’s safe threshold of 50mcg in many provinces of northern Thailand.

The Pollution Control Department gave warnings the levels were hazardous to health.

Meanwhile, the Meteorological Department has also forecast temperatures to drop in from Monday through Thursday. The northeastern region will see the mercury down 4-6°C. While people in the northern, central and eastern regions can look for a drop of 3°C.

People have been asked to refrain from burning, in both open and forest areas in northern Thailand. Those who spot forest fires caused by outdoor burning can help report the situation via the hotline 1362.

Haze, smog, smoke, dust: at this time of year — every year — the local and international media becomes full of concerned articles on northern Thailand’s air quality. The government also pretends to be concerned and claims to be doing something about it.

We’re not certain — and indeed doubt — if this year’s statistics are worse than previous year’s. But it is certain that come the dry season the sky up in these parts can get pretty opaque.