Northern Thailand Gagging Under a Blanket of Toxic Haze
Advertisement 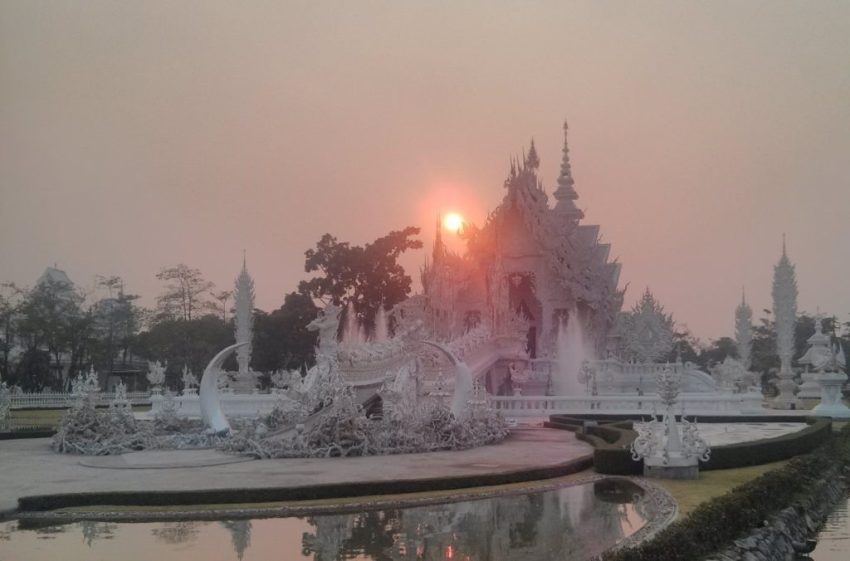 People in the north should stay safe due to the very hot conditions, the department said.

Residents are currently facing the problem of toxic haze that has blanketed most of the northern most province. The dangerous haze is causing difficulty in breathing, sore throat and burning noses.

Vision on the roads was only up to a distance of 10 meters. While the morning sun is a dark orange due to the smog.

The level of particulate matter of 2.5 microns or less (PM2.5) in the northern region is still high and is affecting the health of residents. The smoke and haze is due to forest burning in northern Thailand and and neighboring countries.

The Prime Minister has ordered the Royal Thai Air Force (RTAF) to dispatch helicopters to spray water to reduce the impact.

The level of PM 2.5 in the North today is likely to go up due to still air. The Prime Minister has ordered all agencies to control and extinguish the forest fires. Furthermore to strictly prevent new fires in forest areas so as to urgently reduce the haze level.

The Prime Minister has ordered relevant agencies to also implement public health care measures. Such as arranging safety zones and dispatching mobile medical units to serve the public until the situation can be improved.