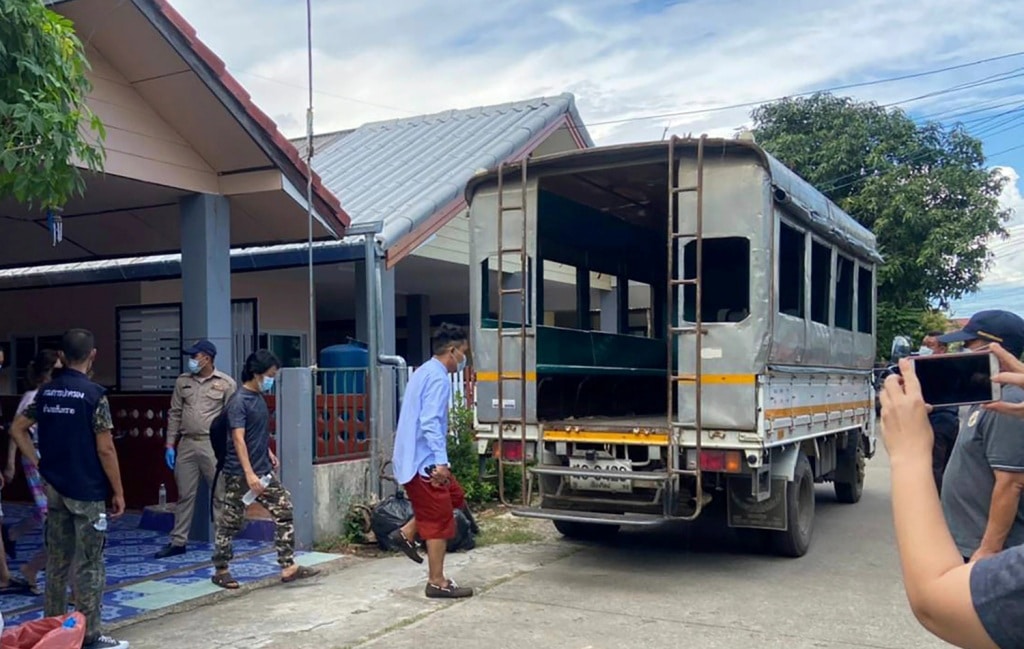 A court in northern Thailand has sentenced three Myanmar journalists and two of their associates to seven months imprisonment and fined them Bt4,000 baht (US$ 120.00) each for entering Thailand illegally.

They five were arrested in Chiang Mai in northern Thailand in early May, after fleeing Myanmar following the junta’s order to close Democratic Voice of Burma News-gathering operations in the country.

Press freedom advocacy groups and the Foreign Correspondents Club of Thailand had urged the Thai authorities not to deport them back to Myanmar.

The Irrawaddy reported that a public prosecutor filed a case against them at a Chiang Mai court and on the same day the court approved the indictment and sentenced them.

In March, the military regime revoked DVB’s license to operate in Myanmar in response to their coverage of the junta’s atrocities against anti-coup protesters. Four other media organizations also lost their licenses, making reporting for them an illegal act.

The lawyers for the journalists and their associates said that they had confessed and been taken into custody by Thai immigration in Bangkok. Their lawyers are negotiating for them to be released on bail.

Over 80 journalists are among the more than 5,500 people arrested by security forces in Myanmar since the junta’s Feb. 1 coup. The vast majority remain in detention amid widespread reports of torture and extrajudicial killings.

Meanwhile, Myanmar pro-democracy supporters took to the streets on Tuesday in several districts, as fighting between the army and anti-junta militias raged in border areas, four months after the military ousted an elected government in a coup.

Despite a ferocious crackdown by security forces, Myanmar’s military is still struggling to impose order after arresting Aung San Suu Kyi and senior leaders of her party, sparking nationwide protests and paralyzing strikes.

Civilian forces, often armed with rudimentary rifles and limited training, have been formed in towns and regions across Myanmar to challenge the military, in support of a National Unity Government that the junta says is treasonous.

The Karenni Nationalities Defence Force, a militia active in Kayah state, said in a post on its Facebook page that 80 army soldiers had been killed on Monday, while one of its fighters and a civilian were also casualties.

Security forces have killed 840 people since the coup, according to figures provided by an activist group.