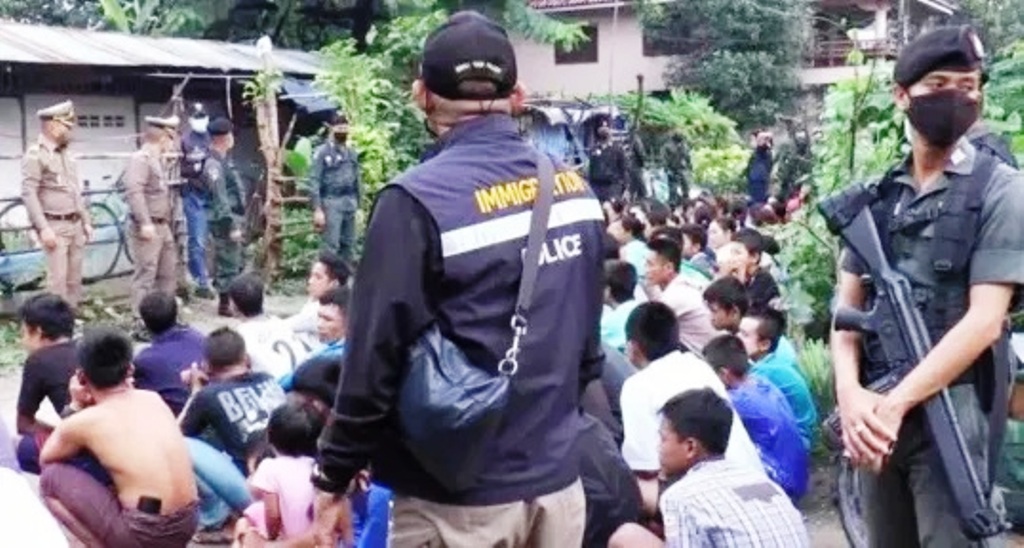 Arrests of Myanmar migrant workers suspected of trying to enter Thailand illegally have doubled in the past two weeks, a Thai-based workers aid group said.

Ko Ye Min of the Aid Alliance Committee of Myanmar Workers said nearly 6000 suspected illegal migrants had been arrested along the Thai border since the beginning of the month.

The same number of suspected illegal migrants had been nabbed at the Thai border during the whole month of August, he said. Ko Ye Min said not only the Thai army and border guards are watching the border, but Thai people living there as well, as they fear the illegal migrants will bring in COVID-19 from Myanmar.

“Thai people are worried that the COVID-19 outbreak that started in Rakhine State could spread to their country,” he said. “Many Myanmar workers are still trying to cross into Thailand illegally.”

Myanmar has had a severe virus outbreak since August 16, when a locally transmitted case was found in Rakhine. A month later, virus-related deaths have tripled and the number of infections has risen more than 700 percent.

Ko Ye Min said most of the illegal migrants are crossing the Thaung Yin river, which forms the border between Mae Sot in Thailand and Myawady in Kayin State. Another favourite illegal route is the border separating Mae Sai in Thailand’s Chiang Rai province and Tachiliek township in Shan State.

Those arrested are being detained for up to six months.

Ko Ye Min urged the Myanmar government to prevent more Myanmar migrants from being arrested and negotiate with the Thai government on how Myanmar workers can enter the kingdom through the proper channels.

“The story of illegal migrants will never end,” he said. “As there are few jobs in Myanmar, people will try to go to Thailand.”