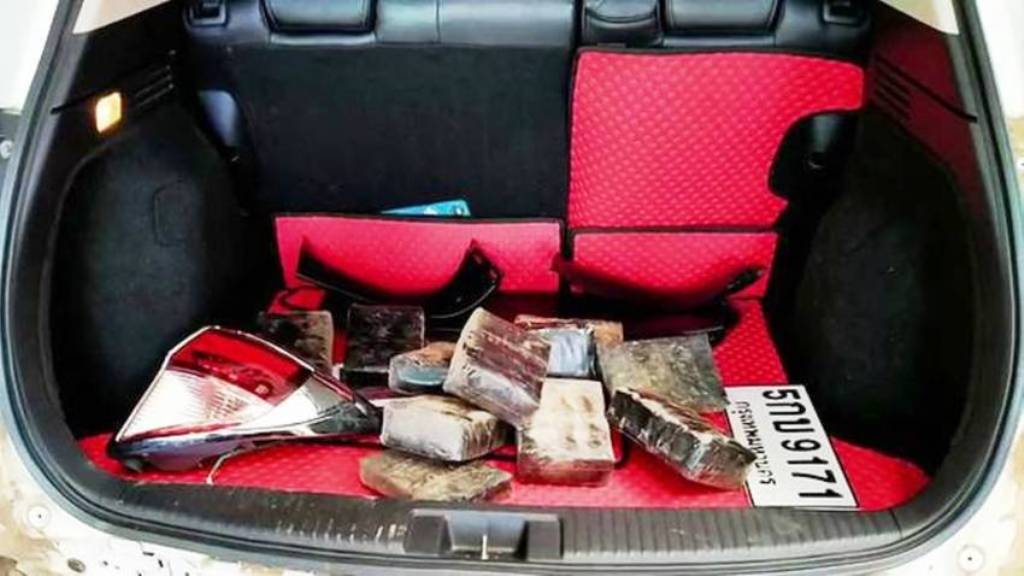 Red face Narcotics officials have apologized after a man discovered meth pills hidden in the bumper of a vehicle he purchased at a Narcotics Control Board auction. Almost a hundred thousand meth pills were found in its rear bumper.

Secretary-general Niyom Termsrisuk of the Narcotics Control Board  in northern Thailand apologized Saturday.

The buyer, paid 586,000 baht for the CRV, had sent it to a garage in Chiang Mai. He wanted to have its rear fixed and repainted since there were scratches and dents on it.

As a garage employee was removing parts he found the pills hidden in the bumper. The bumper had been modified with a secret compartment.

The Secretary-general thanked the buyer and garage employee for informing officials immediately.

The vehicle was originally seized in a case in Mae Chan district, Chiang Rai, in April last year. Chiang Rai Police found 100,000 meth pills in bags lying in plain view on the back seat of the car.

The vehicle was seized in mid-August of the same year. Narcotics board officials took delivery of the car in early October and put up for auction on Jan 15 this year.

“According to protocols, we search every vehicle we have received and this case was no exception. However, we couldn’t find anything at the time, perhaps because the pills had been well hidden,” he said.

Mr Niyom added that the case served as a lesson for narcotics officials. Consequently officials have been advised to be more thorough with vehicle searches.

The new owner and the garage employee who found them will also be rewarded. Above all as the information they had given with regards to the meth pills was a tip-off according to ONCB regulations.