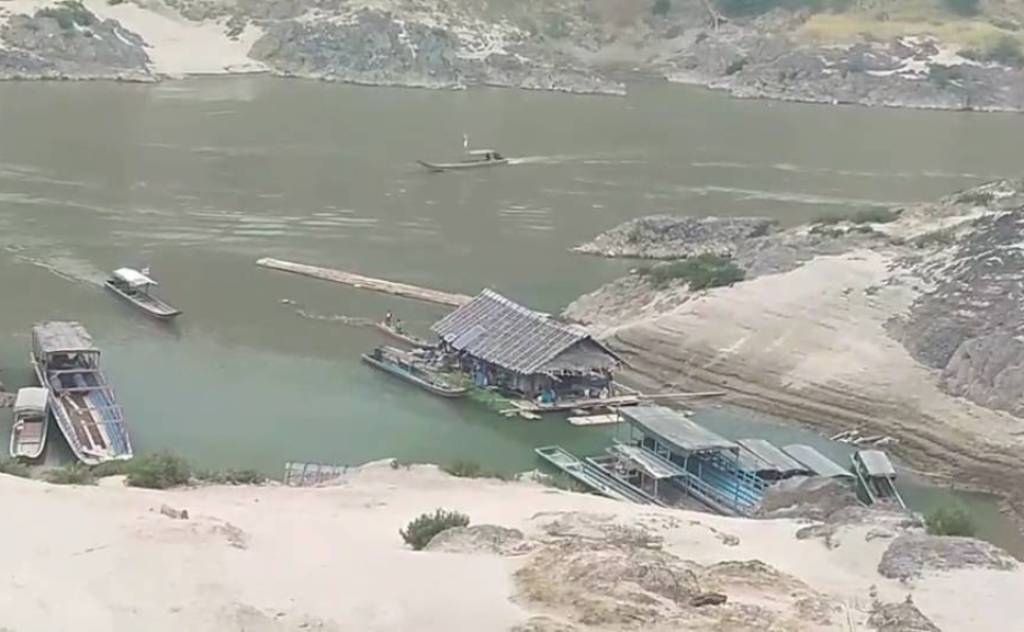 Myanmar’s military has fired shots at a civilian boat carrying Thai border patrol officers, security sources and a resident on Friday. Tensions have heightened along the Myanmar-Thailand border areas since the junta seized power in February.

The shooting took place in Northern Thailand’s Mae Hong Son province near the village of Tha Ta Fung. The is where thousands of ethnic Karen from Myanmar fled military air strikes last month.

Thailand’s army prevented most of the Karen from entering its territory and tens of thousands are sheltering in the jungle on the Myanmar side.

Humanitarian groups say Myanmar forces have also opened fire on boats carrying aid to displaced people in recent weeks. A spokesman for the junta did not answer phone calls seeking comment on the incident.

Thailand’s Ministry of Defence has said that all agencies under their ministry and the armed forces have been instructed to “be ready to handle problems and the impact from the violent situation and fighting in border areas”.

A local villager said no one was injured in the shooting at the boat, which was flying a Thai flag.

According to news sources the Myanmar military unit was concerned about boats sending supplies to their opponents so they signaled the Thai flagged boat for inspection” A restaurant owner in the area said the shots were fired into the water beside the boat on the Salween river.

Worries of civil war in Myanmar

The news sources told Reuters, that Myanmar officers had searched the vessel. “People are very frightened by these shootings and they don’t want to take their boats out,” said a 49-year-old woman who gave her name only as Jumi.

The military has attempted to crush protests across Myanmar against its February 1st coup. The military is responsible for killing more than 740 people, including women and children. Fighting with ethnic groups has also escalated along the borders of Thailand.

ASEAN leaders, including Myanmar junta chief Min Aung Hlaing, are due to meet in Jakarta on Saturday for talks on the crisis. Analysts fear could turn into an all-out civil war.

Some of Myanmar’s myriad ethnic armed groups, including the Karen National Union (KNU), which controls territory on the Thai border in northern Thailand, have vowed to back the protesters and help oust junta chief Min Aung Hlaing.

Padoh Saw Taw Nee, the KNU’s head of foreign affairs, said in a message the shooting showed Myanmar’s military was “very aggressive and arrogant”.  In Yangon on Friday, protesters marched to demand that Asean leaders “stand with Myanmar people”, ahead of the weekend Asean summit.

The meeting of Asean leaders and foreign ministers has drawn widespread criticism from activists, human rights groups and protesters for including the military regime.

In Yangon — where the anti-coup movement has been more subdued in the past two weeks for fear of crackdowns — protesters returned to the streets, flashing three-finger salutes of resistance.

“Mother Suu and leaders — release them immediately!” they shouted as they marched past the Sule Pagoda. “What do we want? Democracy!”

The protesters came from different Yangon townships, some carrying signs that read “Asean please stand with Myanmar people” and “Asean do you need more blood … to make the right decision?”

Also angered by the bloc’s invitation to Min Aung Hlaing was the so-called National Unity Government — a group of ousted lawmakers attempting to run a shadow administration.

On Thursday, they called on Interpol to arrest the senior general — the same day Myanmar state media announced the lawmakers in hiding were wanted for high treason.

“The Indonesian authorities and other Asean member states cannot ignore the fact Min Aung Hlaing is suspected of the most serious crimes of concern to the international community as a whole,” she said.