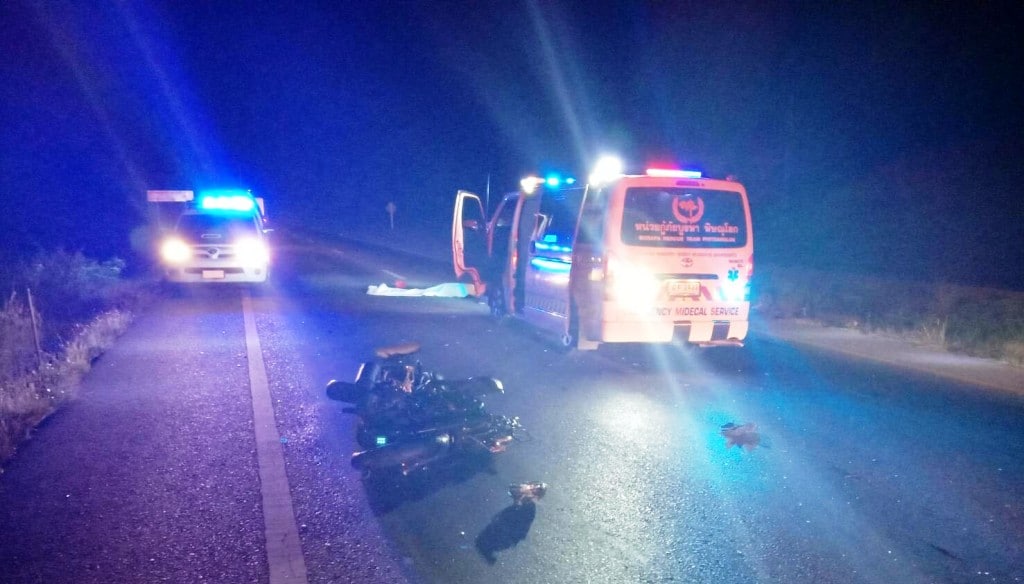 Police are investigating the deaths of a two young motorcyclists found run over on a northern Thailand Highway on Tuesday morning. Police in Phitsanulok province reported finding the two bodies about 5.15am.

The dead man and woman were lying on the Phitsanulok-Uttaradit highway, near kilometer marker 264.

Police and rescue workers that had rushed to scene reported that the two bodies had severe injuries. It appeared they had been run over by vehicles. A damaged big bike was lying nearby, Thai media reported.

The man was later identified as Jira Lekphonchan, 22, from Samut Sakhon and his companion as Phutthachart Puangbangyang, 21, also from Samut Sakhon. Phitsanulok Police said they were investigating the cause of accident.

Phitsanulok Police also said it appeared the big bike was heading for Uttaradit and was hit by a car, killing the two riders. The bodies were left on the highway, and were then run over by other vehicles.