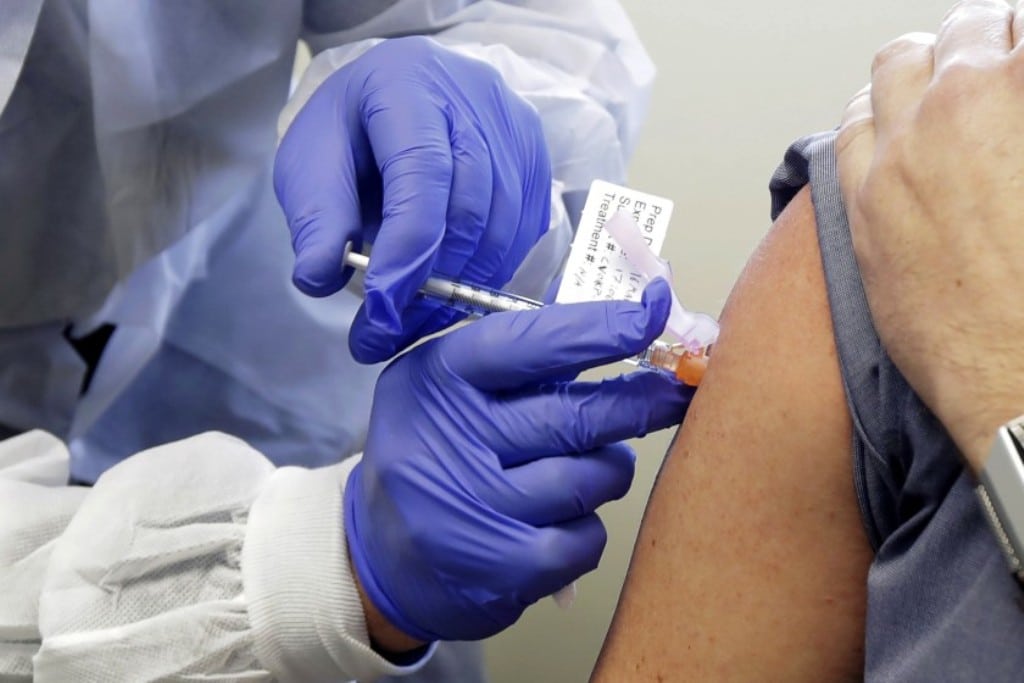 Only 300 people can register physically, though the number of people attempting to was much more than that number, with queues forming pre-dawn.

One woman seen crying in the car park told CityNews that she drove 150 kilometers from Fang to register for the Moderna vaccine, but when she arrived at 4am she was told that all the Moderna vaccines had been registered for by 1am, in spite of the hospital previously announcing that registration begins at 9am.

She said that she was upset at the lack of communication which ended up costing her not just time, but money, when there was no chance she could register for Moderna at all.

The woman said she has begged the government to step up and vaccinate the population, offering more vaccine alternatives and better supply.

“Most of us have hardly any money left, yet we are willing to pay for our vaccine. Let us pay at least.”

Another woman also commented that it was up to the hospital to be better at communications and also to manage the vaccination better, noting that there was no social distancing this morning.

Reports are coming in that any stock that private hospitals have received in the past few days have all run out, with many asking why they weren’t made available for registration, and who were they going to.

Not enough Pfizer and Moderna vaccines

Meanwhile, a group calling itself “Mor Mai Thon” (Doctors Won’t Tolerate it) on Wednesday submitted a petition with more than 200,000 signatures to parliament to pressure the government to procure mRNA vaccines for Thais.

As covid-19 continues to surge in Thailand Thai people are demanding Pfizer and Moderna vaccines to combat the delta variant of the coronavirus. Presently the Thai government has only been offering AstraZeneca and Sinovac under their free vaccination program.

Since the vaccination rollout began the Thai government has failed to procure enough covid-19 vaccines to achieve herd immunity in Thailand. Furthermore AstraZeneca Thailand has failed to deliver the much need vaccine, causing the Thai government to rely on China’s Sinovac Vaccine. A vaccine many Thai people are extremely weary of calling it the Shenzhen Vaccine. Many Thai are reluctant to take Sinovac after reports or partial paralysis and deaths.

Yesterday a group calling itself “Mor Mai Thon” (Doctors Won’t Tolerate it) on Wednesday submitted a petition with more than 200,000 signatures to parliament to pressure the government to procure mRNA vaccines for Thais.

Santi Kitwattanapaiboon, the group leader, said it wanted the government to speed up imports of mRNA vaccines such as Pfizer and Moderna, and use them as Thailand’s main vaccine to inoculate people for free.

“These vaccines are highly effective against the variants of the coronavirus,” Dr Santi said. He also called on the government to disclose information regarding the procurement and distribution of vaccines. These procedures should be transparent and open to the public, he said.

On Tuesday, the cabinet had approved a proposal to procure 20 million doses of the Pfizer Covid-19 vaccine.

It had also given the green light for another proposal to import the Moderna vaccine as an alternative choice, as well as a plan to import 10.9 million more doses of the Sinovac jab.