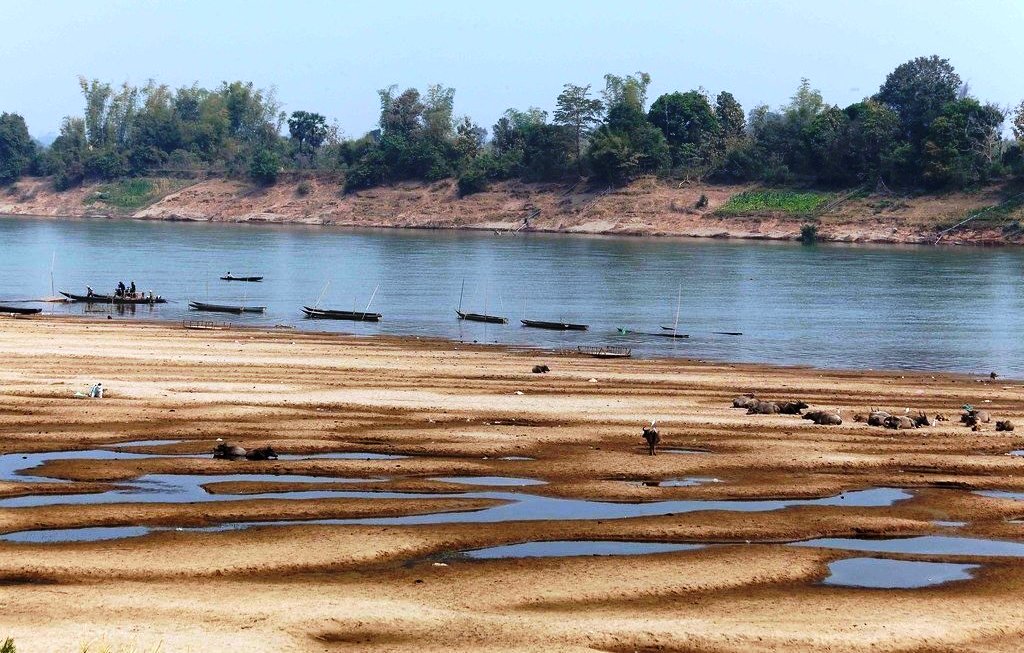 Water levels on the Mekong River have dropped to about one meter in Thailand’s northeastern province of Nakhon Phanom. The rivers drop comes as the worst drought in 50 years continues to hit north and northeastern Thailand.

Hardest-hit are the farmers who rely on water from the international river. Water works service in the province also faces water shortage, TNA reports.

As dry season lasts until May and local officials fear worsened situations. Officials assessed the irrigation system with also plans to launch river dredging operations and other long-term solutions.

In the northeastern province, Nakhon Ratchasima, water in Huay Bon reservoir, which is a major water source has receded to 10 percent of its holding capacity.

The remaining muddy water was almost useless for household consumption, said one of the villagers. The 60-year-old woman said she had never seen the reservoir so empty. Saying the drought was the worst she had seen in 15 years.

Meanwhile, Chinese cargo ships have now stopped operating on the Mekong river from Chiang San pier in Chiang Rai up to Myanmar, Laos, and China.