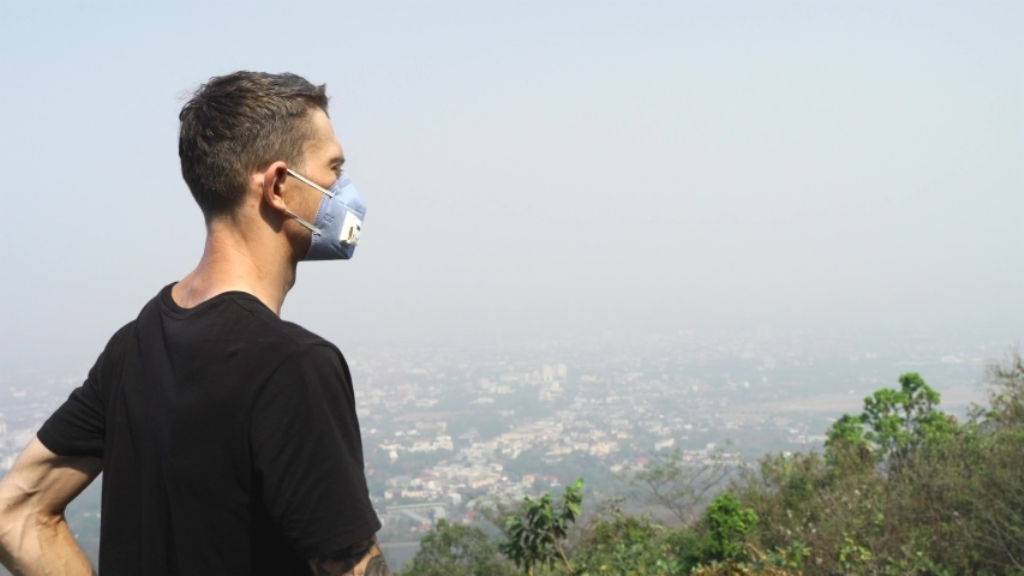 A recent survey by Honorary British Consul in Chiang Mai asked members of the international community about the poor air quality. An impressive 1,500 people responded and being reviewed by the governor of Chiang Mai.

Last week, the Consular Corps, requested a meeting with Chiang Mai’s governor and heads of key agencies. Above all to share our very real concerns, on behalf of the international community, about the worsening annual smoke haze.

Highlighted was the fact that a major proportion of the international community, including long stayers, tourists and foreign investors were seriously considering leaving Chiang Mai. Above all due to the worsening smoke haze and that this would have a serious detrimental effect on the local economy.

The Consular Corps, asked, and the governor kindly agreed, that the international community be provided with more advice, news and updates about air quality in Chiang Mai, Svasti told City News.

The key finding is that over half of the overall survey respondents (52%) are considering leaving Chiang Mai because of air pollution. This figure increases to almost 65% among the 15-45 years’ age group; this group is a major contributor to the local economy, most being business people and heads of families.

Svasti says that he and the Consular Corps will continue to work with various authorities on the pollution, as well as other fronts affecting expatriates here in Chiang Mai.

The survey took place from 22nd June until 7th July 2020. The survey was promoted mainly through English language social media in Chiang Mai. Although attempts were also made to promote it through other language networks such as Japanese, Chinese, German, French and Korean.

The purpose of the survey was to gather feedback from the international community in order to improve the health environment in Chiang Mai.

● In all 1,529 responses were received from foreign residents representing 45 countries. This is a response rate of about 5- 10% of the total estimated international population in Chiang Mai. ● Key finding: Over half of the overall survey respondents (52%) are considering leaving Chiang Mai because of air pollution. This figure increases to almost 65% among the 15-45 years age group; this group is a major contributor to the local economy, most being businesspeople and heads of families.

● Conclusion: The international community have a strong affection for the people, culture, way of life and business environment of Chiang Mai. They do not want to leave and take their families and businesses elsewhere. But they feel strongly, particularly those with families of young children, that the worsening air pollution and health concerns gives them no choice but to leave Chiang Mai, many of them permanently.

Foreign run businesses report that it is often difficult to recruit new employees due to widespread publicity of worsening air pollution in Chiang Mai and during the worst months Feb-Apr, many employees choose to take unpaid leave.

International Schools often find it hard to recruit teachers and students and parents often choose schools in other regions unaffected by air pollution.

Businesses report losses due to employees off sick with respiratory infections during the worst periods of smoke haze.

Income from tourism contributes 50% of GDP for Chiang Mai which equates to about 100,000 million baht. It has been estimated that the loss to tourism from fall in hotel bookings in the peak pollution months of March and April is more than 6,300 million baht. The loss to tourism will surely increase as the brand image of tourism in Chiang Mai suffers all year round. The province was once famous as a hub for health, nature outdoors pursuits now the image is one of burning forests and air pollution which at times is the worst in the world.

As tourists, long stayers, retirees, international school teachers/students/parents and foreign investors start to leave Chiang Mai in large numbers, the losses to the local economy will be significant. Particularly hard hit will be businesses who are largely dependent on international tourists and residents, for example hotel and spa industry, hospitals and international schools.

Several businesses also relocating to other areas of Thailand

What is your age?

Who do you live with?

– Most live with a spouse/partner/friend

Purpose of stay in Chiang Mai

What is the purpose of your stay in Chiang Mai?

Reasons for Coming to Chiang Mai

Which option best describes why you first moved to Chiang Mai or northern Thailand? If you plan to leave within the next year, which of the following options best describe why you are planning to leave Chiang Mai or northern Thailand? Reasons for Coming to and Leaving Chiang Mai

How has air pollution changed your desire to live in Chiang Mai?

Fuel Tanker Overturns and Burst into Flames in Northern Thailand