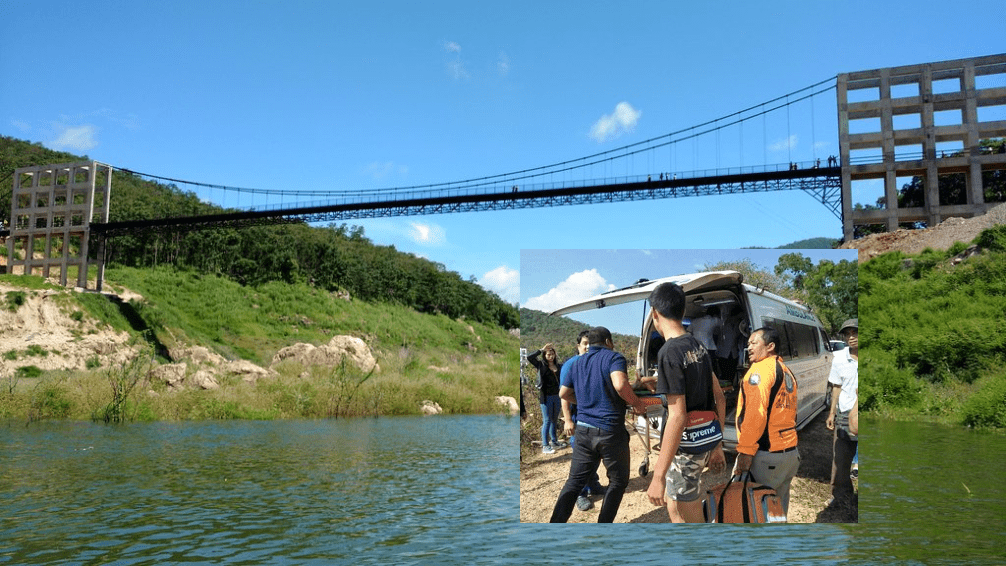 He had allegedly been drinking with friends at the time of the incident.

According to friends at the scene Mr. Chom Lung, 19 was drinking with them to celebrate New Year’s Eve. Consequently he decided to show off to a group of girls by jumping from the suspension bridge.

His friends told police after he jumped never reappeared after entering the water. His body was later found by onlookers from the dam. Rescuers were called to the scene were unable to revive him, Chiang Mai One reported.

Meanwhile, police in Chiang Mai also reported that a man has died after riding his motorcycle into a tree in San Sai Noi, in Chiang Mai. The accident happened on Chiang Mai – Chiang Rai Road opposite the San Sri Market just after 8 a.m.

The driver was not immediately identified but is believed to be between 35 to 40 years old. Police believe he was a noodle shopkeeper as bags of noodles were found scattered at the scene.

It’s currently presumed that he may have fallen asleep while riding after purchasing noodles in town.

31 Provinces in Thailand Warned to Brace for Severe Drought