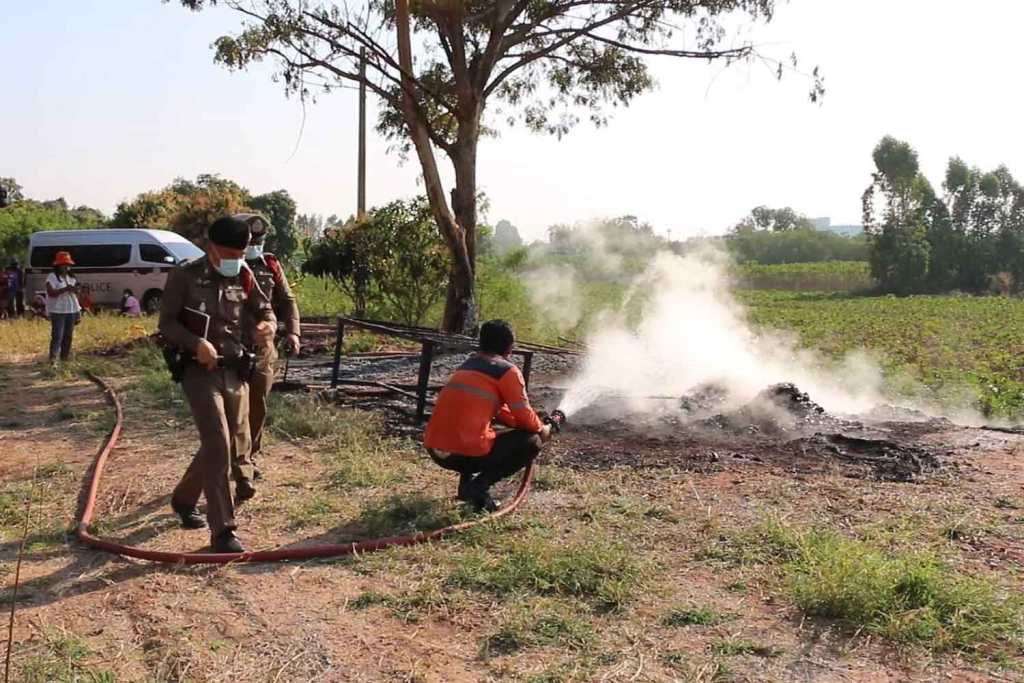 A man suffering from heart disease committed self-immolation by setting himself afire at a temple in northeastern Thailand on Monday afternoon. The man left two Facebook messages apologizing to his friends and saying he couldn’t go on.

Pol Col Prawit Thoha, the Tha Phra police chief in Khon Kaen said the fire was reported about 5pm, in an open area by Wat Pa Suan Mon Temple. Police, a doctor and fire crew were rushed to the temple.

They found a big fire of eucalyptus wood was still burning fiercely. When the flames were put out, they could see human bones among the fire embers. A motor-tricycle loaded with motorcycle repair tools was parked nearby.

Sangwan Chaikat, 54, of Nong Khoi village, said she believed the remains were those of Chaiyan Sornharn, 50, her common-law husband of two years.

Chaiyan was a eucalyptus wood trader and motorcycle repairman. He had long suffered from heart disease and had undergone by-pass surgery, she said.

Goodbye all my friends

Ms Sangwan said a few days earlier Chaiyan had taken blocks of eucalyptus wood from his shop to the area beside Wat Pa Suan Mon Temple. He left them there in a large pile, saying he intended to sell the shop.

She last saw him on Saturday. She went out looking for him, but to no avail.

She was certain her husband had killed himself in the bonfire. The motor tricycle and the tools belonged to him.

Ms Sangwan said Chaiyan had earlier posted a farewell message on his Facebook page: “Goodbye all my friends of Class 3. I wish you happiness. Love all of you.”

In another Facebook message, he wrote: “I am so weak that I cannot walk. Please forgive me. I cannot go on.”

Pol Col Prawit said police forensic examiners would confirm the dead man’s identity and establish the cause of death.