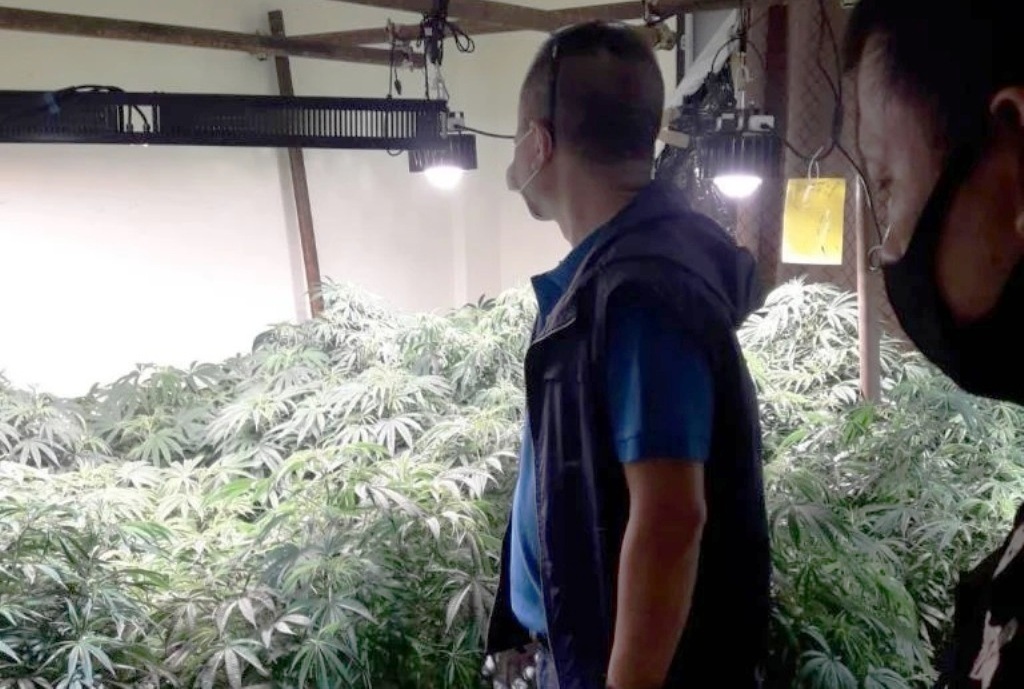 Police in northern Thailand have arrested a Japanese national and four Thais on charges of illegal marijuana cultivation. The police say 41-year-old Komiya Katsuhisa is a graduate student at a university in Chiang Mai. He was arrested on Saturday along with four Thai men allegedly hired by him.

The police raided a building in Chiang Mai that they believe was used to grow marijuana. Chiang Mai Police also seized 128 cannabis plants, as well as dry cannabis.

They say Komiya tweeted photos and information in Japanese about growing and using cannabis. Because suspect he was selling the marijuana to people in Japan.

Meanwhile, Praphat Panyachatrak, president of the National Farmers Council (NFC), said the council hopes the new law that allows farmers to grow marijuana and hemp for export will be fully enacted next year.

“The legislation for marijuana cultivation is being considered by the Public Health Ministry and the National Legislative Assembly, and should be announced soon,” he said. “NFC has always been advocating the cultivation of both plants and we hope new laws will make it easier for farmers to apply to grow them.”Praphat added that under the new law, farmers can get a permit to grow the plant as soon as they get an order from overseas, without having to cooperate with universities or medical institutes.

The NFC president added that the council is also considering reviving the project of growing wild konjac as biofuel.

“Wild konjac used to be an economic crop in many provinces in Thailand. It was abandoned later due to a lack of market,” he said. “Now we are thinking of promoting it again to use as fuel in community power plants. Even more the Energy Ministry plans to put in place as soon as possible.”