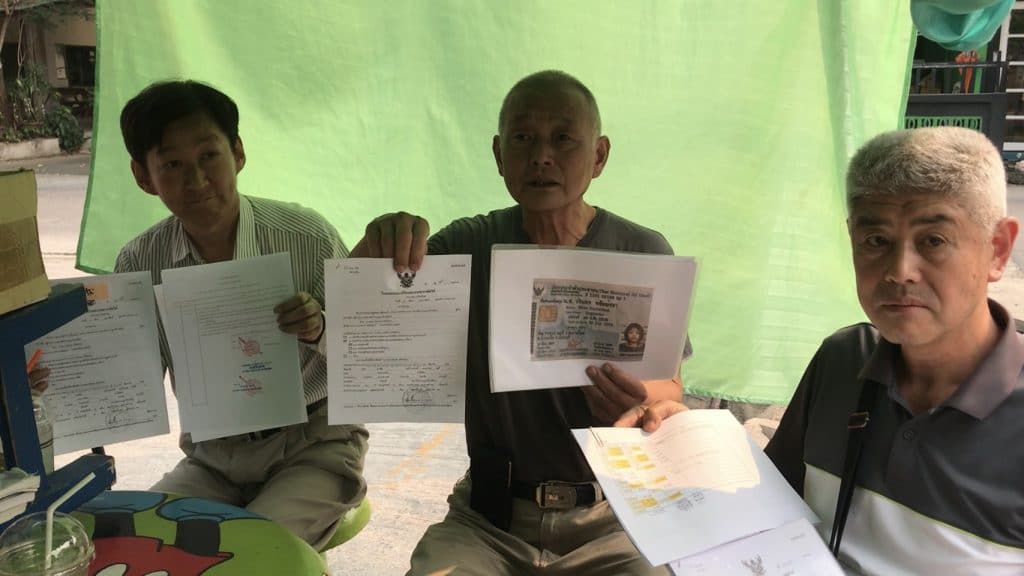 A group of Japanese expats living in northern Thailand’s Chiang Mai city say they are victims of a 40 million baht investment scam. Twenty Japanese men went to the press bringing evidence of the alleged scam.

According to the group, Varin Supcha, a Thai woman, 44, from Nonthaburi province along with her younger Japanese boyfriend have been on the run and the group has asked the Thai media to help them find them.

The men say that they were invited to invest in a tour company belonging to Ms Varin who said that she was about to start up a visa company subsidiary. The Japanese expat investors were told that their investments would be used as loans for other Japanese retirees who may not have the required 800,000 baht necessary for a retirement visa.

They were promised a return of 10% on their investment. Initially they were repaid some money, said the group’s representative, but soon the money stopped coming.

The Japanese expats  were told last month that the new company had been given the concession to organize this year’s Yi Peng festival which needed capital before the payment would follow later in the year.

The Japanese expats were promised 30% return on their investment and many invested even more money.

However, the returns on their investments began to dry up and soon Ms Varin began evading their calls. When members of the group reached out to one another they realized that they had been scammed. According to CityNews they attempted to contact Ms Varin and her Japanese boyfriend at the office in Chiang Mai only to find the office closed and the two had fled.

Some of these Japanese men are now unable to afford their own 800,000 baht in their bank account to maintain their retirement visas. One 69 year old Japanese man says that he can no longer afford his cancer treatment.

One man said he made 17 transfers of 9.4 million baht and has only received 1.4 million baht in return. Others put in anywhere between hundreds of thousands to millions of baht.

Police have now issued an arrest warrant for the pair and have also asked the media to spread the word.