Hundreds of Elderly Scammed by Teachers in Northeastern Thailand
Advertisement 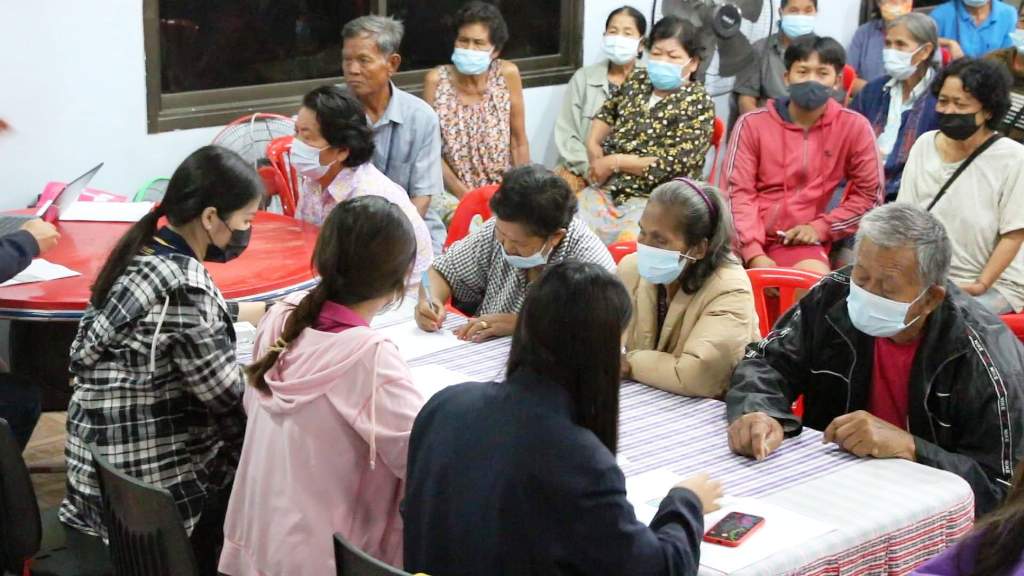 Over six hundred people, mostly elderly have fallen victim to a scam perpetrated by 3 school teacher in northeastern Thailand’s Khon Kaen. A total of 697 people became victims after three teachers stole government handouts for people affected by the Covid-19 pandemic.

They victims gathered at the community hall of Ban Yang Kham in Khon Kaen on Tuesday morning to sign a petition to the Damrongtham Centre of Nong Rua district.

The victims said they had been offered 200 baht each by three teachers, identified only as Khru Or, Khru Dieo and Khru Phi, who in return took copies of their national identity cards.

They took the money without knowing what it was actually for.

They only learned later that their ID cards were used to register for the government’s Kon La Krueng co-payment subsidy and the tourism stimulus campaign known as Rao Tiew Duay Kan (We Travel Together).

Chaiporn Artmontree, the Kamnan of tambon Yaangkham, said he was told by the district chief to ask villagers in his area if they been offered 200 baht each for copies of their ID cards. Similar to the approach made to 38 people in Ban Fang district.

He found out that 500 villagers in tambon Yang Kham had received such an offer. He advised them to petition the Damrongtham Centre of Nong Rua district. Most of the victims were elderly and did not use smartphones, Mr Chaiporn said.

Pol Col Popkorn Kawinyothin, the Nong Rua police chief, said on Tuesday that 197 other people in tambon Nong Phue had also received the 200 baht offer. Three teachers were accused of involvement in this fraudulent practice.

The investigation was being wrapped up and should be completed by Wednesday, he said.

Khon Kaen governor Somsak Jangtrakul said he had sent the deputy governor to the district and expected a full report on this matter on Wednesday.