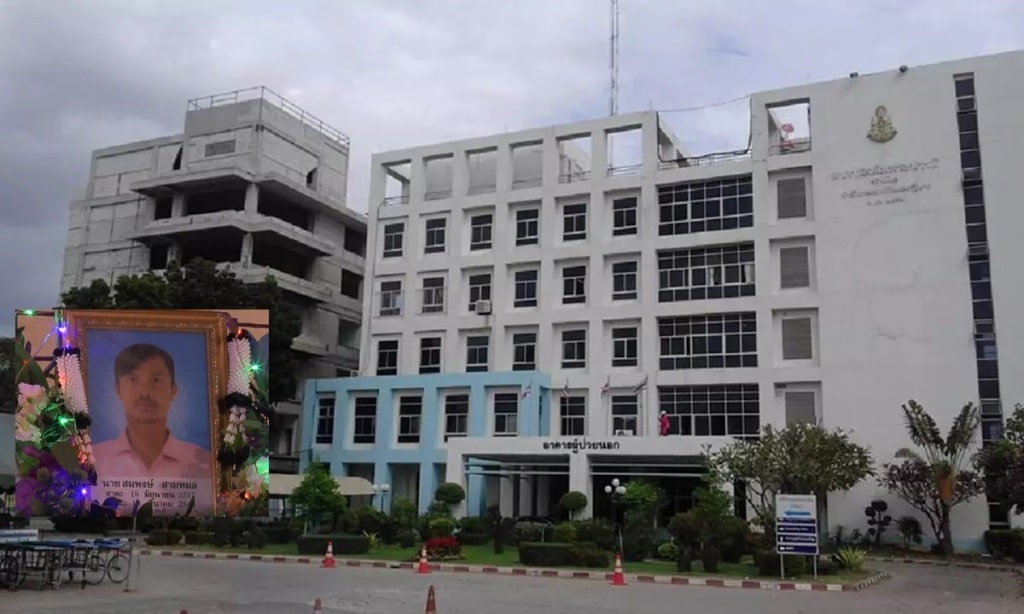 A Hospital in northeastern Thailand has expressed “regret” over the death a 46 year-old man who was unattended for several hours. The 46-year-old patient had a swollen, injured leg and was left waiting unattended in a wheelchair.

He said the hospital committee has been assigned to give moral support to the family and provide 5,000 baht cash (US$63.00) in initial assistance.

According tot he Bangkok Post the family has also been advised to submit a request for 400,000 baht (US$13,000.00) in assistance available to patients for damages incurred while getting medical services, under Section 41 of the National Health Security Act.

Bua Yai Hospital has already discussed the question of the education of the 46 year-old mans son with local authorities, and would provide assistance. The boy was in primary school, Dr Charnchai said.

Dr Charnchai admitted that medical staff and the hospital had made a mistake, and promised to improve service to prevent anything like that happening again

Meanwhile, A Bangkok hospital will be charged over the death of Thai Pretty Whitchayaporn Visessombut, as police continue to investigate the party where she was working before being brought unconscious to the hospital.

Thailand’s Department of Health Services Support director general said his department would file charges against a Bangkok hospital where the Thai Pretty was brought in unconscious, after attending a party, and died soon after.

The hospital, in Bangkok will be charged with failing to properly diagnose and treat the young Thai Pretty, and falsely billing her for a meal she never received, department director general Tharet Karatnairawiwong said on Friday.

The move follows an inquiry into a complaint filed by Atchariya Ruangrattanapong, chairman of the Crime Victims Assistance Club, and the dead pretties mother. Mr Tharet said the complaint was found to have grounds.

Japanese Expats Conned Out of 40 Million Baht in Northern Thailand