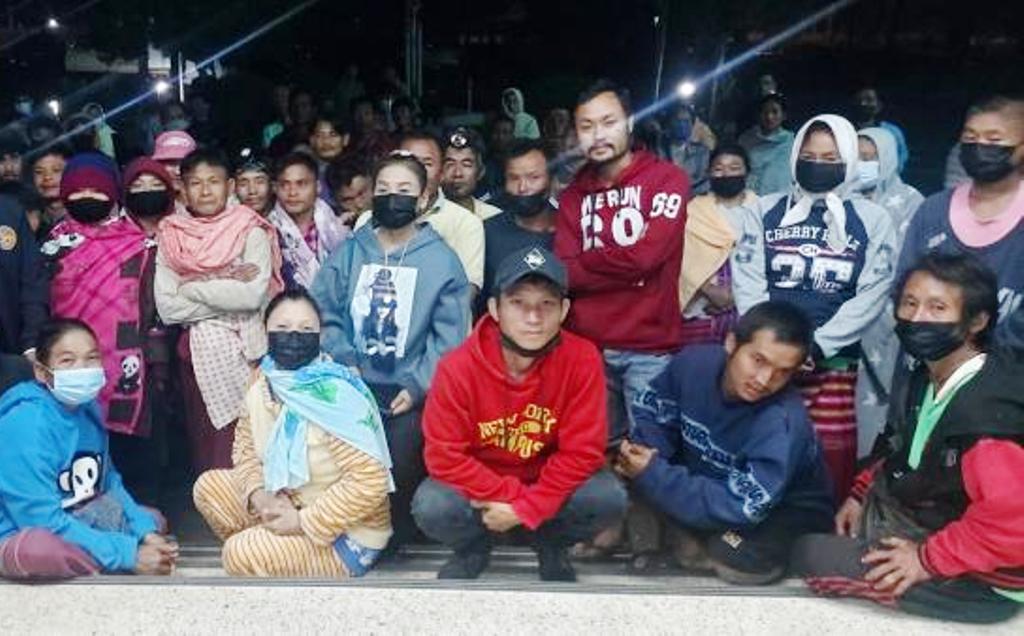 Hilltribe Karen villagers in northern Thailand have lodged a legal complaint after a sewage truck dumped its human waste in a community forest and watershed area they have used for drinking water for generations.

At least 200 members of the Payao tribe from Soratae hilltribes village gathered at Phop Phra district police station in cold upland weather on Thursday night. They filed a complaint against the private sewage truck operator for emptying out the sewage in their community forest.

They were worried it would pollute the watershed, which was their primary source of household water and had been for many generations.

One hilltribes villager said they had been aware of what was going on, but previously had no evidence. Now they had evidence, including photographs, and knew who had dumped the waste. So they filed their police complaint.

Police contacted the operator, who later arrived and held talks with the disgruntled villagers.

He offered to pay 10,000 baht in compensation and promised not to dump any more waste in the watershed area, an informed source said. But he could face legal action from relevant agencies, the source said.

The Karen People of Northern Thailand

The Karen hilltribe people are an ethnolinguistic group of Sino-Tibetan language-speaking people. The group as a whole is heterogeneous and disparate as many Karen ethnic groups do not associate or identify with each other culturally or linguistically.

These Karen groups reside primarily in Kayin State, southern and southeastern Myanmar. The Karen, approximately five million people, account for approximately seven per cent of the Burmese population.  Many Karen hilltribes have migrated to Thailand, having settled mostly on the Thailand–Myanmar border. A few Karen have settled in the Andaman and Nicobar Islands, India, and other Southeast Asian and East Asian countries.

The Karen groups as a whole are often confused with the Padaung tribe, best known for the neck rings worn by their women, but they are just one sub-group of Red Karens (Karenni), one of the tribes of Kayah in Kayah State, Myanmar.

Some of the Karen, led primarily by the Karen National Union (KNU), have waged war against the Burmese government since early-1949. The aim of the KNU at first was independence. Since 1976 the armed group has called for a federal system rather than an independent Karen State. In Northern Thailand, they are usually known as Thai: กะเหรี่ยง; RTGS: kariang ‘Karen’, while in Myanmar, they are known as Kayin.