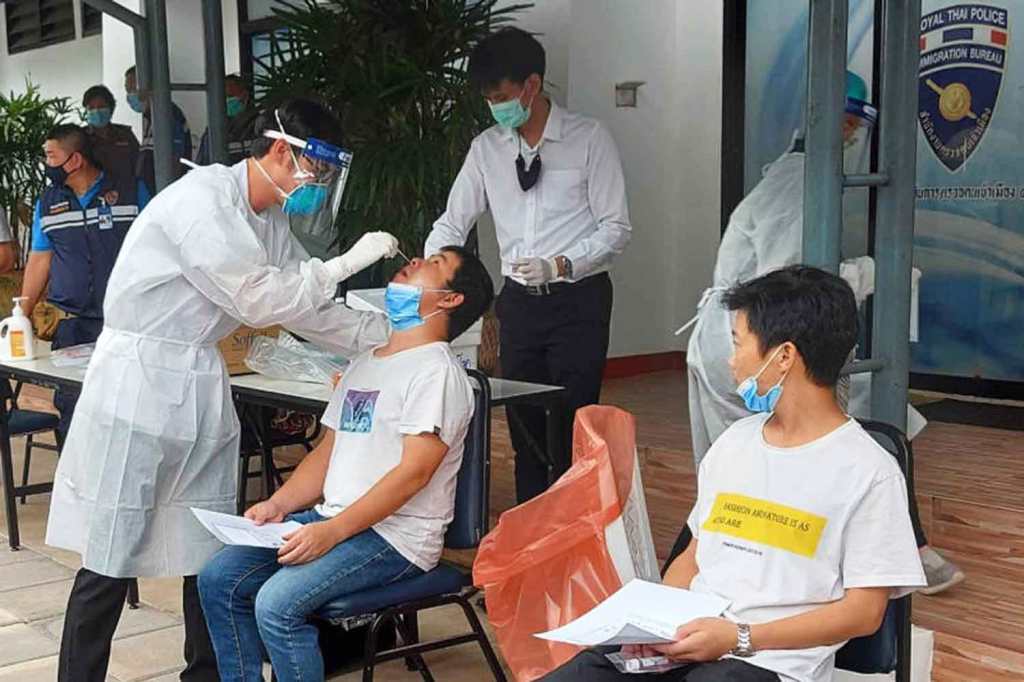 Thailand’s Public Health Ministry has ruled out covid-19 lockdown for northern Thailand’s Chiang Mai and Chiang Rai provinces as a result of a covid-19 scare involving a Thai returnee from Myanmar.

“The health ministry has been testing all those who came into contact with the patient and there has yet to be a positive result,” Dr Opas Karnkawinpong, director-general of the Department of Disease Control told the Bangkok Post.  His comments come to relieve fears of an outbreak in provinces that rely on domestic tourism for income. Especially  in the absence of foreign arrivals.

“Widespread Covid-19 transmission is unlikely because people in Chiang Mai and Chiang Rai are still wearing masks on a daily basis. The health ministry will continue monitoring the situation for a further 14 days,”he said.

Of the 328 people believed to have come into close contact with the 29-year-old Thai woman who worked in Myanmar who tested positive, 107 were initially classified as being at high risk of contagion. Of those, 65 have already seen negative test results returned.

Dr Opas asked people to remain calm and cautioned against “overreacting” after some schools announced their immediate temporary closure after the news first broke at the weekend, and reassured the media that all necessary precautions were being taken in northern Thailand.

In Chiang Rai public health chief, Dr Thossathep Boonthong gave further details about how two young women aged 26 and 23, were able to illegally enter Mai Sai district from Tachileik in Myanmar under the cover of darkness on Thursday night.

Both worked at the same entertainment venue as the 29-year-old woman who tested positive in Chiang Mai. All three had gone to work in the Myanmar border town last month, but decided to return to Thailand after authorities imposed a midnight to 4am curfew to contain the local outbreak.

“We are less worried about the situation in Chiang Rai because the pair did not go out in public,” Dr Opas said.

The 26-year-old woman decided to seek a test at Bangkok Hospital Chiang Rai in Muang district on Saturday after hearing that her colleague now in Chiang Mai had contracted the disease. Two tests confirmed she was Covid-19 positive on Sunday, and she was later transferred to Chiang Rai Prachanukroh Hospital in Muang district.

Public health officials on Sunday ordered her 23-year-old friend, who was also staying in Mae Sai, to get tested. At around midnight on Monday her covid-19 test came back positive.

The Chiang Rai public health office has identified four people as being at high risk of contracting the disease and another 22 who should also be tested as a precautionary measure.

Chiang Rai governor Prachon Pratsakul said while some additional people, including food delivery workers, may have had minimal exposure to the pair, the total number of tests needed would not exceed 30.

The new cases have prompted authorities to stiffen security measures along the border with Myanmar.

“Many Thais working across the border are returning with the virus in order to receive treatment in Thailand,” the governor said. The two Chiang Rai cases were included in the 21 new infections reported by the Centre for Covid-19 Situation Administration on Monday.