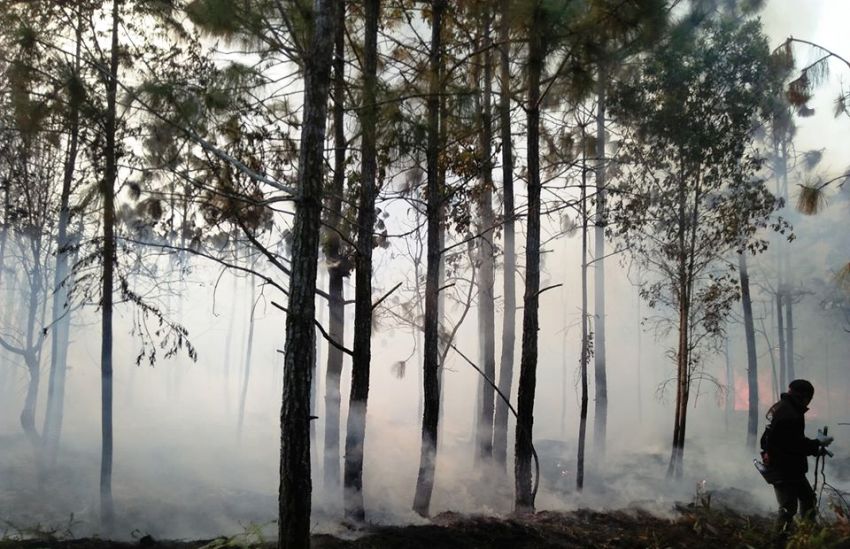 Firefighters at Phu Kradueng National Park in northeastern Thailand have been working around the clock to build firebreaks to prevent the recurrence of bushfires. Officials managed to contain the forest fire in Loei Province.

On Tuesday Park officials told the press that although they had contained bushfires that started on (Feb 16) they still need to build additional firebreaks. Above all to prevent a recurrence of fire, which is more likely during the dry season. Bushfires damaged over 3,400 rai (544ha) of national park forests.

More than 100 firefighters, park officials and volunteers worked to create firebreaks and the fire was brought under control. However they are still working to put hot-spots, park officials said. Despite speculation the forest fire might have been sparked by human activity, such as a reckless tourist’s cigarette, the authorities have yet to conclude what caused the fire

“Currently, firefighters have only one tractor truck to build the firebreaks, ” one of the staff said.

“It has been working around the clock for two straight days and the engine is not in very good condition.”

Park officials said that they also have an additional truck at the Wildfire Extinguishment Unit. However transporting the vehicle to the site of the fire would require a helicopter, which they do not have.

“In a worst-case scenario, we may have to disassemble the truck and carry the parts by foot. Which could take at least two days” officials said.

The Environmental Office reported that the Feb 16 bushfire in Phu Kradueng had damaged at least 3,400 rai of the national park’s pine forest and grasslands. Including a 100-year-old iconic pine tree.