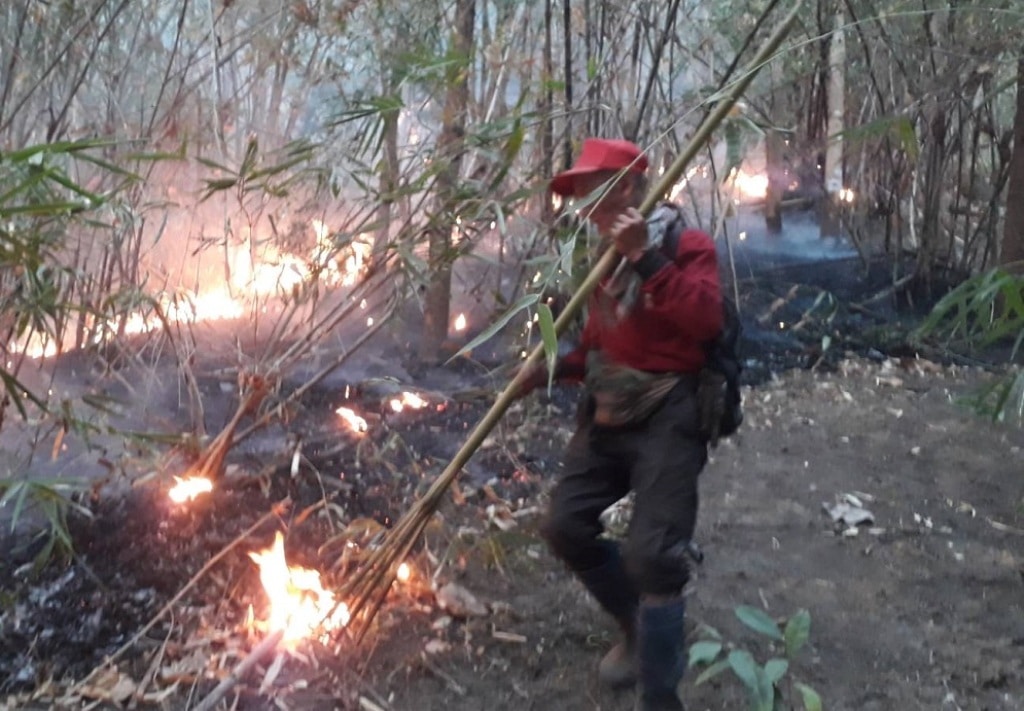 In Chiang Mai, the number of hot spots from wildfires fires increased by 45 yesterday morning to 117. Of the total, 30 hot spots were reported in Mae Taeng district, 24 in Chiang Dao district and 23 in Phrao district, they said.

The wildfires fires intensified despite the deployment of five aircraft on Sunday to conduct water bombing and assist firefighters on the ground, they said.


Two helicopters were sent out yesterday morning by the province’s command centre for wildfires and PM2.5 pollution prevention to combat the blaze in Sri Lanna National Park covering areas in Mae Taeng and Phrao districts.

Sixty-five fire fighters from the Department of National Parks, Wildlife and Plant Conservation (DNP) were also deployed to contain the fires in two tambons of Sob Poeng and Kid Chang in Mae Taeng district. In Mae Hong Son, forest fires in high mountain were have been raging for three days, scorching about 1,000 rai of forest in tambon Pha Bong in Muang district. Concerns were growing for the safety of Ban Nam Phiang Din in the area.

An initial assessment by provincial authorities has blamed a lack of “buffer zones” for the swift spread of the blaze.

Forestry officials and fire-fighting volunteers said Pai River would prevent the fire from spreading into the residential community.

In Mae Hong Son, a total of 119 hot spots from wildfires fires were reported yesterday morning, with 42 in Muang district, 20 in Pai district, 18 in Mae Sariang, 13 in Pang Ma Pha, 10 each in Khun Yuam and in Mae La Noi districts and another six in Sop Moei.

Last Friday, the Third Army Region closed down forest areas in 17 northern provinces until the end of April in an attempt to quell bushfires which have also been causing severe air pollution.


The closure was intended to stop people entering and lighting fires and will be particularly strictly enforced in Mae Hong Son, Chiang Mai, Lampang and Tak, which have suffered the worst of the pollution.