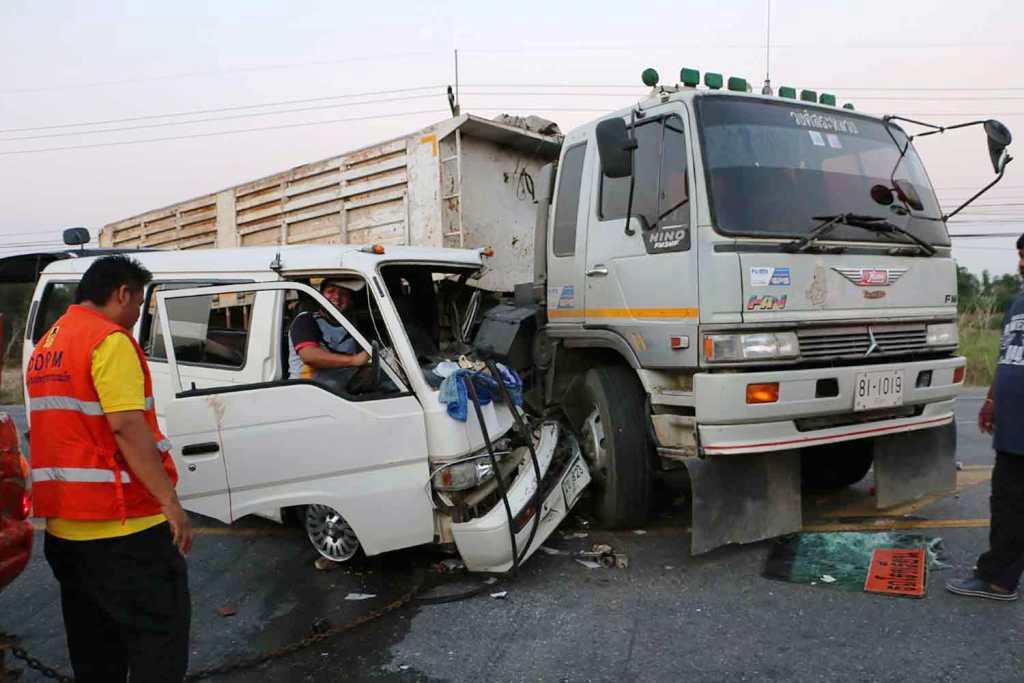 Fifteen students from Phichit Technical College were injured when their school van collided with a semi-trailer truck. The accident occurred about 5.30pm on Monday in Phichit province, near Moo 1 village in tambon Khamang.

According to the Bangkok Post Police were investigating the cause of the accident.

Meanwhile, a young beauty pageant queen has died from injuries received in a car crash in northeastern Thailand on Monday, the third fatality from the tragic accident.

She was pronounced dead around 2am on Tuesday, her father, Pol Col Noppadon Chuayboon, chief of Nam Thieng police station in Si Sa Ket province, told the CTN News.

Members of her family and friends brought her beauty pageant crown and slash with them when they arrived at the hospital to take her body for funeral rites in her home province of Ubon Ratchathani.

The beauty pageant queen was the third person to die of injuries from the car crash.

Krikrit Sukongpongphan, 22, of Khon Kaen, and Kornchanda Siangsai, of Maha Sarakham, died at the scene. Their car hit a tree at an intersection inside Khon Kaen University grounds early on Monday morning.

Monchanit was rushed to hospital with what proved to be fatal injuries.