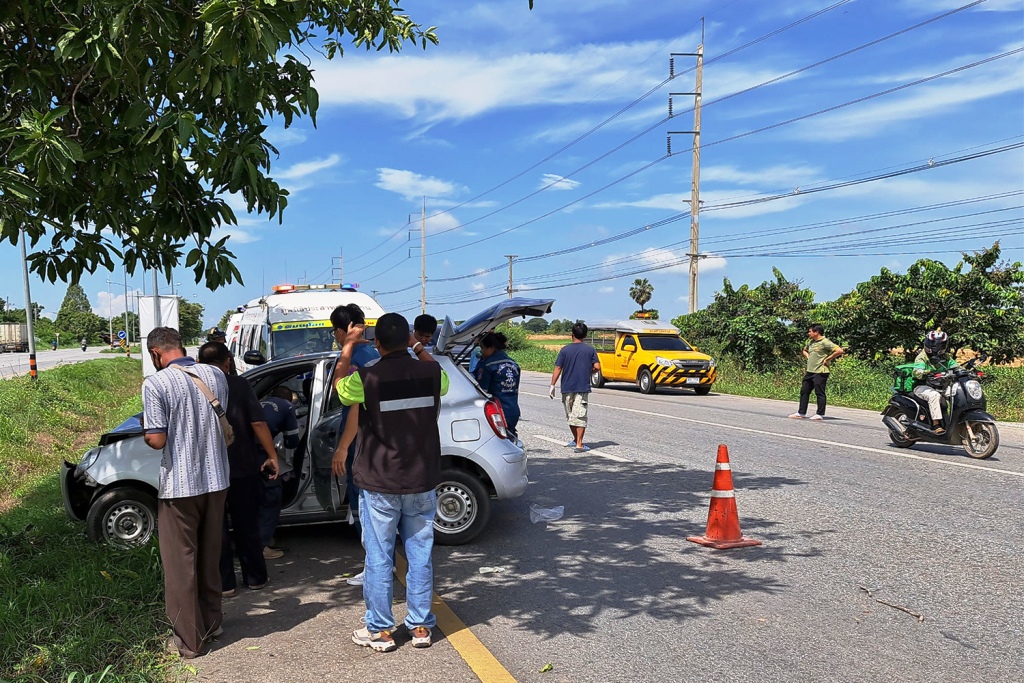 An elderly couple were killed when a car driven by their son veered off the road and hit a tree in Northern Thailand on Wednesday. The driver’s 10-year-old daughter was seriously injured.

Phitsanulok police said the accident occurred about 11am on a ring road in tambon Chom Thong.

The driver, Champa Paopan, 51, told Phitsanulok police he was taking his parents and daughter from Si Satchanalai district in nearby Sukhothai province in northern Thailand. They planned to visit his younger brother, an inmate at Phitsanulok prison.

As they neared Phitsanulok, he asked his father to hand him a bottle of water. When his father did so, the bottle hit his left elbow, causing his left hand to slip off the steering wheel.

The car veered onto the median strip and crashed into a tree, he said. Police were still investigating the accident and also talking to witnesses at the crash scene.

Meanwhile, three people including an 11-month-old baby are dead after a head-on collision between 2 pickup trucks in northeastern Thailand. The accident happened on Si Sa Ket-Ubon Ratchathani Road on October 2nd.