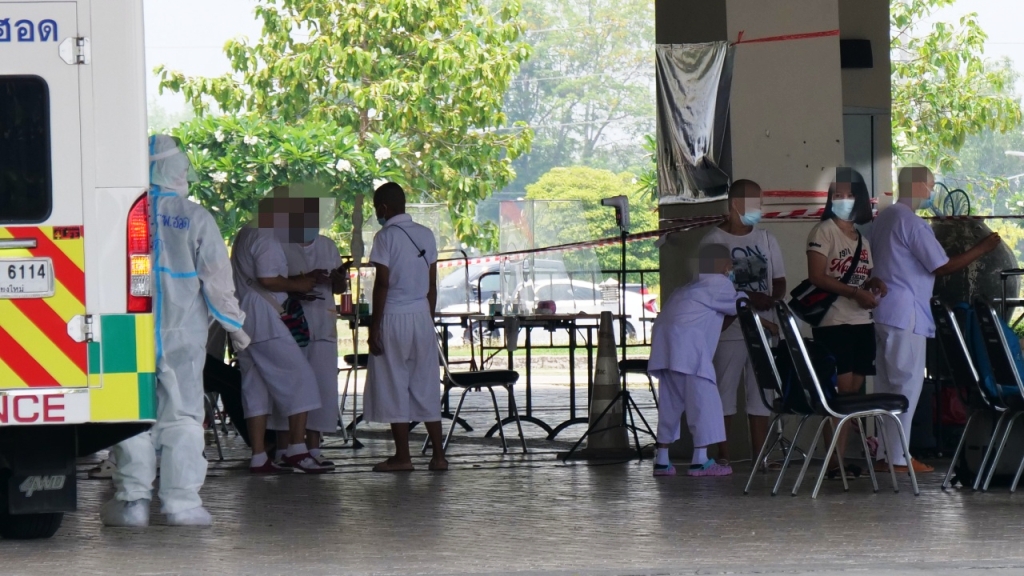 A dharma practice centre has been shut down after 20 nuns there contracted Covid-19, according to Chiang Mai’s health office. Chiang Mai public health office shuttered the dharma centre for 14 days from Saturday.

The office also asked people who took part in the activities at the centre in tambon Pa Daet’s Mae Kha Noi village from April 7 to undergo a test at the field hospital set up at the Chiang Mai International Exhibition and Convention Centre.

Meanwhile, Weeraphan Dee-on, Chiang Mai’s deputy governor, has ordered a probe after staff found the centre, which was registered to provide dharma training, was also providing other services, possibly without permission.


The services include traditional treatments of some diseases free of charge, such as herniated disc, knee pain and tendinitis.

The first 20 patients linked to the dharma meditation centre cluster have been in care since Friday. As of yesterday, the number of new infections with links to the cluster rose to 34 cases.

Furthermore Yot Khunyotying, chief of Doi Saket district public health office in Chiang Mai, said another field hospital was up and running in tambon Mae Kue municipality. The field hospital will treat Covid-19 sufferers who are mostly children, teachers and parents in the area.

Meanwhile, Chiang Mai’s deputy governor said new daily covid-19 cases in the province now stand at 151. He said an investigation has been launched into clusters linked to the dharma centre.

A nursery in Doi Saket district and a nursery in Muang district, showed most patients contracted Covid-19 from social activities before the virus spread quickly. Three other clusters earlier emerged in the province, in which 45 people fell ill.

The first cluster was detected at a company where 13 workers in the same division were infected.

The virus is suspected to have been caught by one of the workers who frequented an entertainment venue at the onset of the third outbreak early this month.


The worker, who was asymptomatic and had no idea he had the virus, went to work as usual, took meals with colleagues and attended meetings at the company.

The second cluster originated at a funeral in Om Koi district. An infected person participated in the rite and subsequently passed the virus to seven other people. About 200 people in the community are in the at-risk group and they will be tested.

The third cluster occurred at a party in a direct-sales firm in the province where 25 Covid-19 cases were reported.