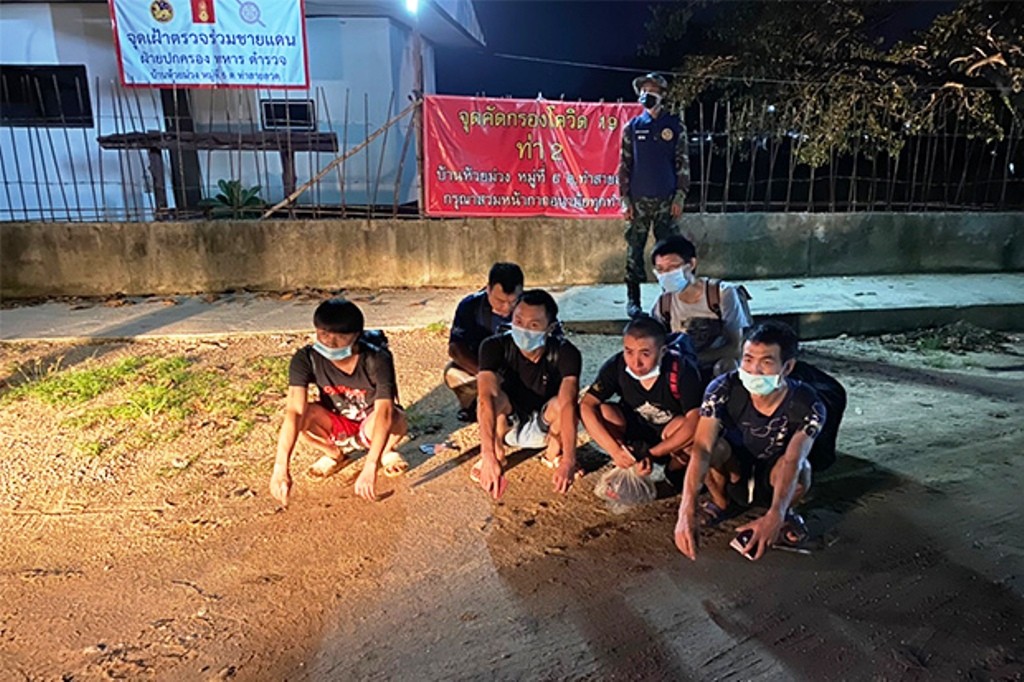 Border patrol also seized travel and identification documents from the six men. The men and their papers were handed over to the Mae Sot immigration office for further action.

The 4th Infantry Regiment, Mae Sot police, territorial defence volunteers and village defence units of Mae Sot district have set up joint teams to patrol the border. Above all at natural border crossings over the Moei river.

They have also set up security checkpoints to prevent smuggling of drugs, timber and stolen vehicles across the border. Even more entry by illegal migrants looking for work.

There are concerns illegal migrants may bring covid-19 with them. The virus which is spreading in Myanmar, and spark a new outbreak of Covid-19 cases in Thailand.

Security against illegal immigration has been tightened along the border because of an outbreak of Covid-19 in Myanmar centered in the western state of Rakhine. Above all amid fears that carriers could bring the disease into Thailan

Government agencies are combining in stepping up patrols along the Moei river to prevent illegal migration by job-seekers and others from Myanmar. It is feared illegal border crossers could bring the virus with them. Thai authorities far a triggering of a second wave of covid-19 in Thailand.

Furthermore patrols are giving special attention to natural crossings on the Moei river.