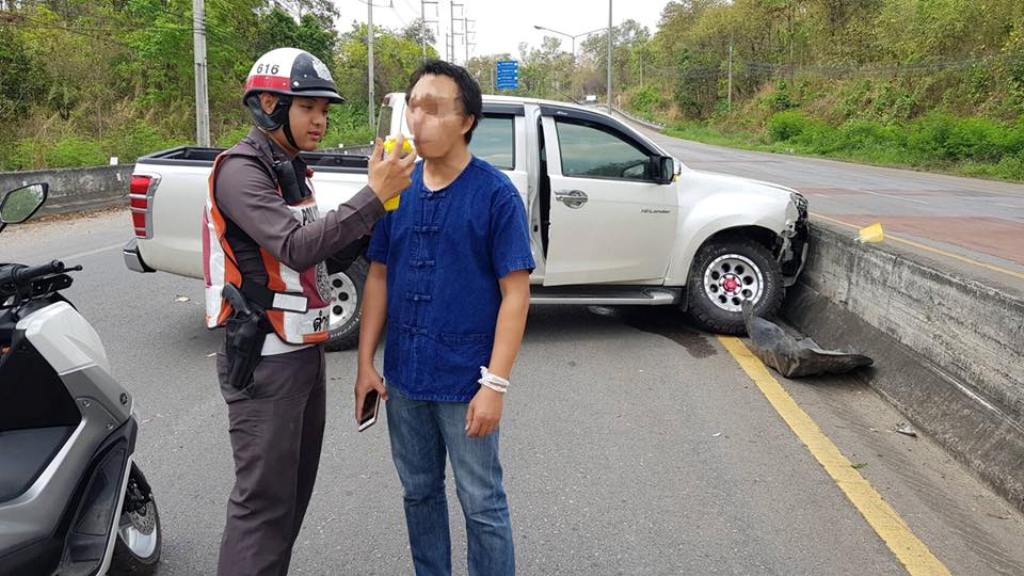 Thailand’s Road Safety Directing Center reports 67 people were killed in 652 road accidents nationwide on the 3rd day of the new years holiday. The Road deaths were up 28.8% from the same day of last year.

The province with the most road accidents and injuries was northern province of Chiang Mai (27). Which also led in the number of accumulative accidents over the first three days of the campaign, with 63.

Nakhon Ratchasima in Northeastern Thailand saw the most fatalities, with seven on Thursday and 13 over the past three days. Like in the previous two days of the campaign, the main causes of the accidents on Thursday were drink driving (38%) and speeding (34.4%).

Motorcycles continued to lead as the type of vehicles most prone to road accidents, at 85.9%, followed by pickup trucks (5.4%) and small passenger cars (3.1%).

Most of the road accidents occurred on major highways (33.6%) and rural roads (11.2%). The time of the day when most accidents took place was 4-8pm (29.7%) and people aged 50 or more were the most affected group (25.8%). According to the Road Safety Directing Center the number one cause of road accidents was drunk drivining.

Kachornsak Kaewcharas, deputy director-general of the Disease Control Department, said the centre had asked provincial authorities to also step up screening at checkpoints. The checkpoints will take temperatures of travellers to prevent the spread of Covid-19.

Meanwhile, Thailand’s health officials reported 2 more Covid-19 deaths and 279 new infections amid worries the pandemic will continue as more people are travelling during the New Year holiday. The new cases brought the accumulative totals to 63 deaths and 7,163 cases.

The Centre for Covid-19 Situation Administration (CCSA) said the new fatalities, which brought the death toll to 63, were a man, 44, who had visited a restaurant in Bangkok on Dec 20th. And a 70-year-old man who had illegally entered Thailand. He entered along the border from Myanmar to Mae Sot district in northern Thailand.

Consequently of the 279 new cases, 257 were local infections. They included those linked to the clusters in Samut Sakhon (3), Rayong (2) and Chon Buri (1) while 16 had professions at risk of infection. The remaining 235 cases are being investigated.

Thailand is now battling a new round of the Covid-19 outbreak that started in a few provinces, including Bangkok and Samut Sakhon. The virus has spread to 53 provinces as of Thursday. Sa Kaeo and Lamphun are also the latest additions to the list, the CCSA said.