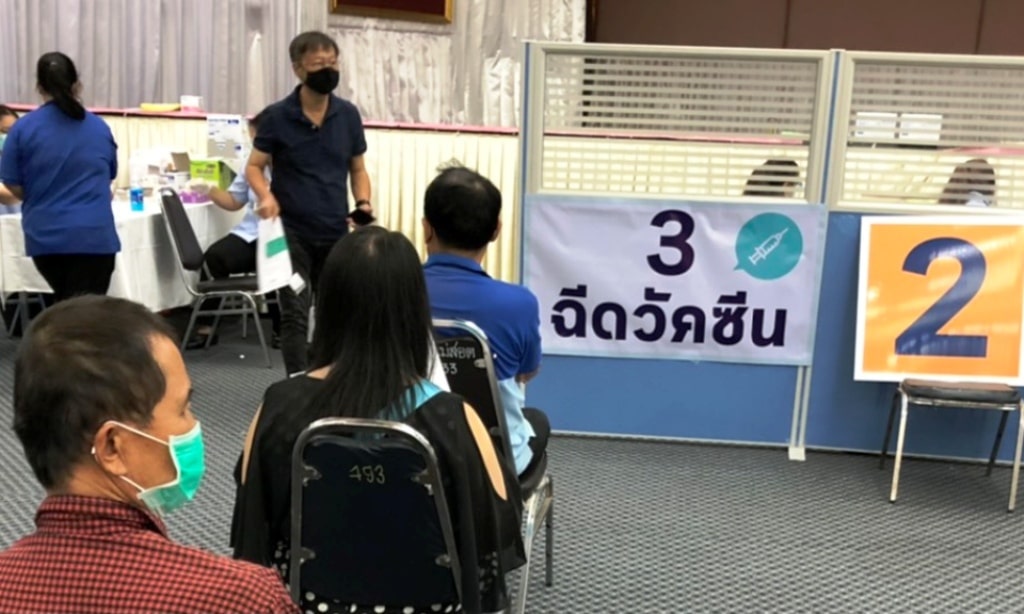 The Covid Response Centre reports Chiang Mai province has received 600,000 doses of the AstraZeneca vaccine, with 429,913 doses slated for persons 60 years and older and a further 182,012 vaccine doses for people suffering from the seven diseases specified by the government.

The spokesperson said the centre attributes this low number to concerns over the fears of side effects from the AstraZeneca vaccine.

Prime Minster Prayut Chan-o-cha, on Tuesday declared COVID-19 vaccination program Thailand’s national agenda as he urged Thai people to get vaccinated as many as possible. He said that vaccines are the key element which will usher Thailand through the crisis.

He said he had asked the cabinet to adopt vaccination as the national agenda under which all aspects about the vaccine program, including vaccine procurement, distribution and vaccination will be given top priority in order to expedite the development of herd immunity in Thailand.

The prime minister also urged people to come forward to receive vaccine shots as he assured all the vaccines procured and to be procured are effective and approved by the Ministry of Public Health and have been widely used worldwide.

Undesirable side effects are insignificant compared to the benefits of vaccines, said the prime minister, assuring the public that everyone who is vaccinated will be kept under close observation by doctors after their inoculation to make sure that post-vaccination side effects will be taken care of.

5 worrying symptoms after being vaccinated

Meanwhile, according to world health officials there are 5 worrying symptoms after being vaccinated by the AstraZeneca jab that could prompt a medical emergency.

The most common side effects of the COVID-19 vaccines are pain or tenderness at the injection site. Roughly one in four people have had wider effects like fever, headache, nausea and fatigue.

However, if you experience any of the following symptoms after the AstraZeneca vaccine, it could indicate a medical emergency and should not be ignored. Anyone experiencing any of these symptoms from around four days to four weeks after vaccination is advised to seek prompt medical advice.

A severe headache that is not relieved with painkillers or is getting worse;
A headache that feels worse when you lie down or bend over;
A headache that is unusual for you and occurs with blurred vision, feeling or being sick, problems speaking, weakness, drowsiness or seizures;
A rash that looks like small bruises or bleeding under the skin;
Shortness of breath, chest pain, leg swelling or persistent abdominal pain.

Anyone who experiences a headache for more than four days after having the Oxford-AstraZeneca jab should seek medical attention.

Two Stuck and Killed by Lightning Within Days in Northeastern Thailand