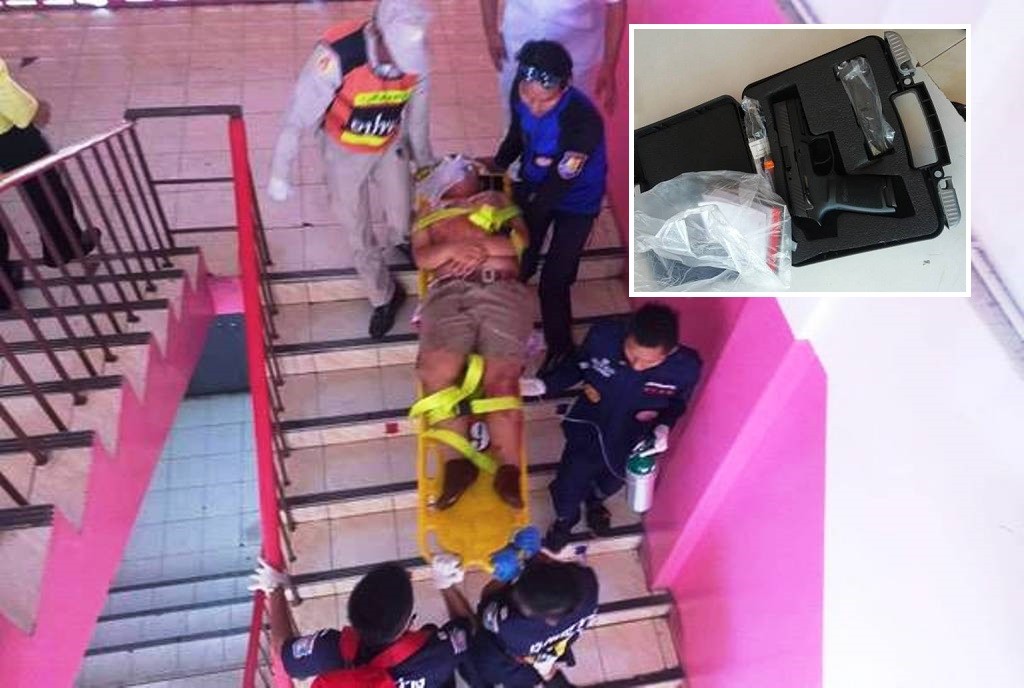 A 10 year-old boy was shot in the chest by a fellow student who brought his father’s handgun to school in northeastern Thailand. The incident happened at Sukhanaree School in Nakhon Ratchasima, Thailand.

Police investigating the shooting said another boy, aged 10, brought the pistol to school and showed it to friends. The pistol went off as he was spinning it in front of his friends in a corridor outside their classroom.

The young boy had suffered serious injuries while the bullet had also broken one of his ribs, the doctor said. Saying that young student was in the intensive care unit of the hospital.

Police said the handgun belonged to the boy’s father, who is a soldier in the northeastern province. His father had left the weapon at home while attending a training exercise.

His son had then taken the handgun from the house to impress his schoolmates, Thai media said.

After learning about the incident, parents rushed to the school to take their children home. The school management permitted only fourth-graders to leave for the day.

According to the Bangkok post the young boy had first shown the pistol to his school friends last week. He had since played with the handgun at school, imitating moves he had seen in video games.

31 Provinces in Thailand Warned to Brace for Severe Drought