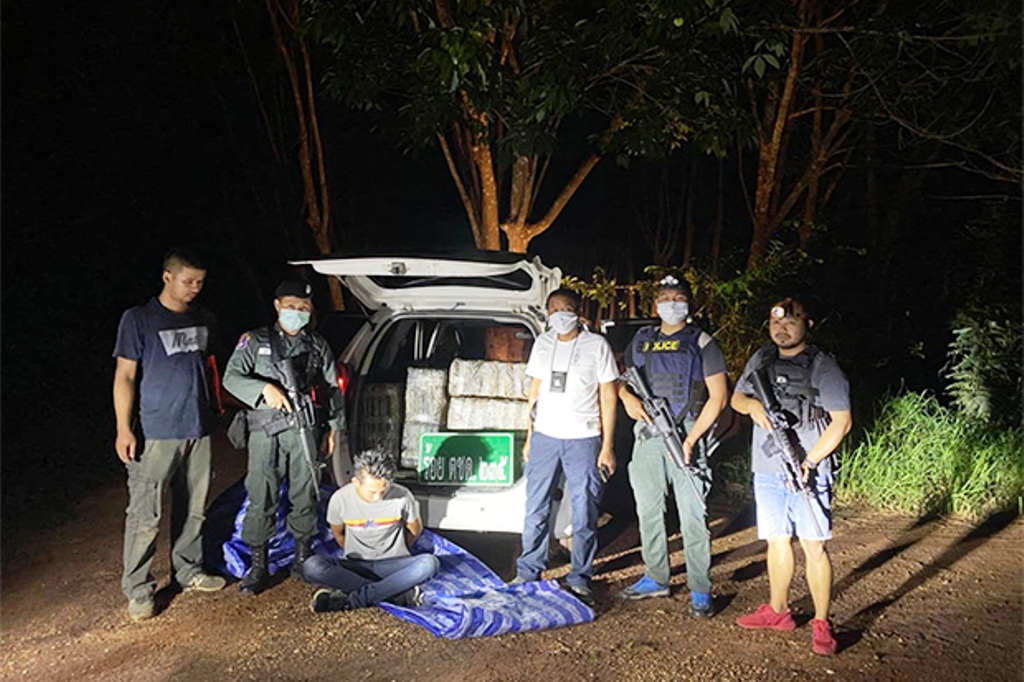 Border patrol police have seized 400 kilograms of high-grade marijuana from two vehicles in northeastern Thailand on Saturday. The border patrol stopped the vehicles in That Phanom district in Nakhon Phanom.

Pol Lt Col Tanapol Thaonoo, told the Bangkok Post that the patrol stopped a Toyota Vigo pickup and a Toyota Avanza car on Chayangkoon road between That Phanom and Mukdahan in tambon Ummao of That Phanom district for a search.

Upon a search of the vehicles Border patrol police discovered 10 sacks containing 400 brick of high-grade marijuana, each weighing 1kg, Both drivers Pranchaiwut Sae Chua, 23, and Teera Phaluek, 43, were arrested.

According to Border patrol police, the two said they had been hired for 50,000 baht to deliver the marijuana from Nakhon Phanom to Mukdahan. From there, two new drivers would transport the drugs to Bangkok. The arrested men said they had made the trip on several previous occasions.

Border patrol police sources said more than two tons of high-grade marijuana, smuggled from Laos, had been seized this month. 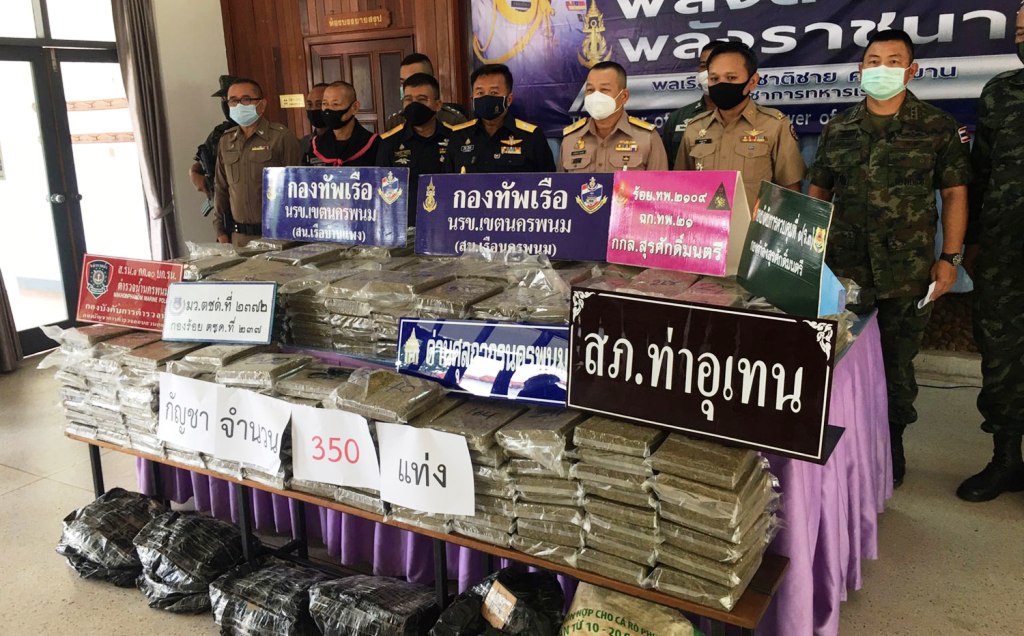 On May 22, a Navy patrol arrested two men and seized 350 kilogram of high-grade marijuana destined for southern Thailand on the bank of the Mekong River in Tha Uthen district.

A Mekong Navy patrol spotted a group of five men uploading sacks from a longtailed boat onto a pickup truck at the bank of the river in tambon Phanom.

When the navy officers approached to request a search, the men fled in the boat. Two other men travelling in the pickup truck were caught after the sacks were found to contain 350 bricks of compressed marijuana, each weighing one kilogram.

The suspects were identified as Uthai Dadthuisawat, 43, of Surin, and Uthai Kaewsai, 34, of Phetchabun. The seized drugs were worth at least 5 million baht, navy officers said.

Authorities said the seized marijuana came in new packaging that was convenient to handle and sell in small amounts. They believed the drugs might be sold to small users and people who wanted to cook food mixed with marijuana for sale.