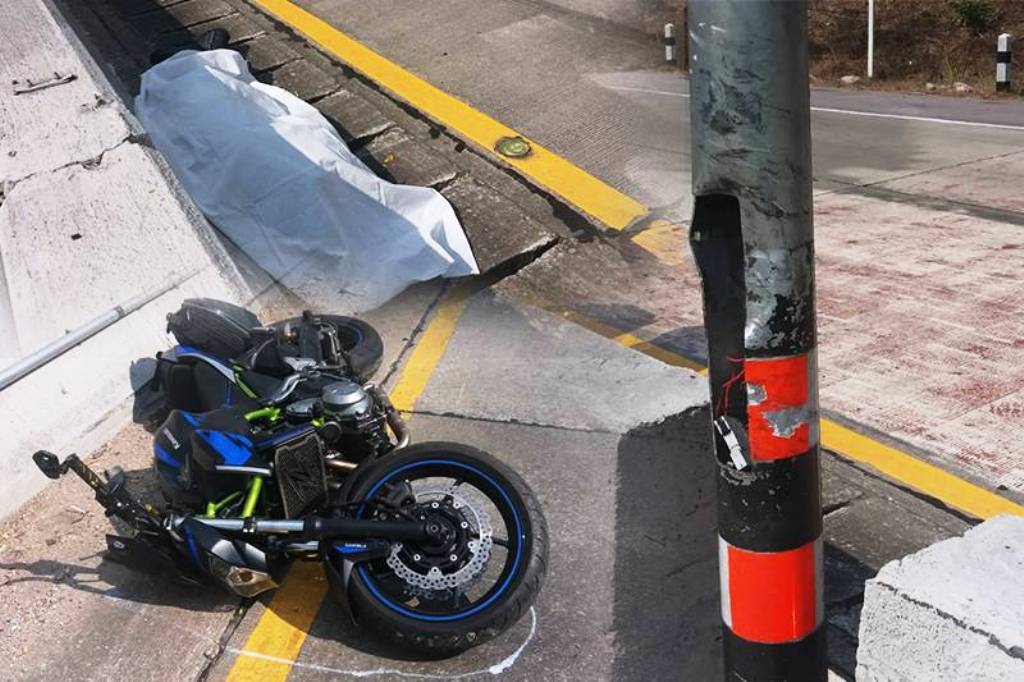 Police in Northern Thailand’s Lampang province have reported that Thai Big Bike rider has been decapitated after crashing his Motorcycle. The horrific accident occurred about 1pm on the Lampang to Chiang Mai Superhighway.

Upon arriving at the accident scene police and rescue services were confronted with a horrific sight. The Thai biker on a Kawasaki Z650 collided with a metal lamp post in the middle of a downward hill section of the Superhighway.

The Thai big bike riders head – now out of its helmet – was on one side of the road, furthermore his body was on the other side, the Thaiger reports.

The big bike rider was identified as 28 year old Tossawat from Chanthaburi. He was the last in a convoy of three or four other big bikes heading for Chiang Mai.

Police speculate he lost control on the Doi Khun Tan hill and crashed into a pole. His friends also informed his relatives of the tragedy yesterday that happened.